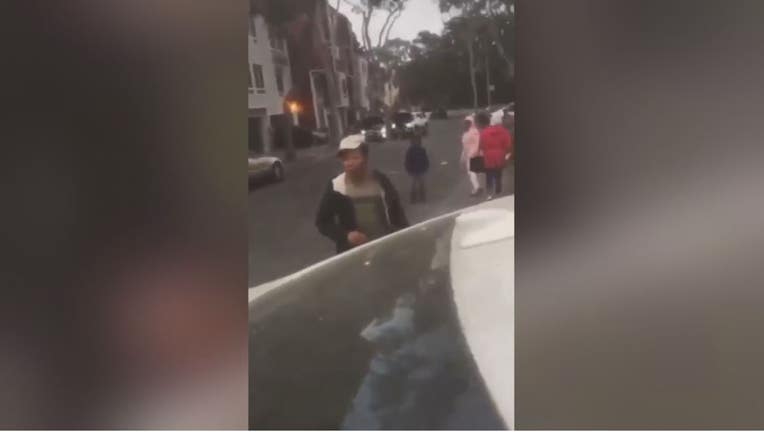 Police in San Francisco are investigating a robbery caught on video, in which suspects robbed a man collecting recyclables on Monday.

Marin County is poised to approve its latest cannabis delivery service against the wishes of one of its biggest school districts.

SAN FRANCISCO - Police in San Francisco are investigating a robbery caught on video, in which suspects robbed a man collecting recyclables on Monday.

The robbery reportedly happened on Osceola Lane in the city's Bayview neighborhood.

In the video, suspects appear to rob an elderly Asian man of the recyclables he had collected. A suspect also appears to attempt to strike the victim with a weapon.

As onlookers film and taunt the victim, someone in the background can be heard saying, "I hate Asians." The video has been widely shared on social media.

According to police, officers are currently investigating the incident. They're trying to locate the victim, as well as the suspects.

The office of Supervisor Shamann Walton, whose supervisorial district includes the Bayview, issued a statement on Monday denouncing the actions of the suspects.

"We absolutely do not tolerate any type of senseless violence or racism towards any of our community members especially towards our most vulnerable. It is heartbreaking to see this type of violence occur in our community, and no one should ever have to endure this," the statement read.

"Our office is committed to stopping this heartless violence from occurring in the future. We are working on bringing together leadership from all communities and city departments to unify our efforts in bringing peace to our neighborhoods," Walton's office said.

Mayor London Breed also issued a statement about the video.

"The actions depicted in this video are shameful and are not reflective of the San Francisco we can, and should be. Violence, bullying and harassment are unacceptable and have no place in our city. We need to work to bring our communities together, not sow hatred and division," she said.

Anyone with information about the case is being asked to contact police's anonymous tip line at (415) 575-4444 or to text a tip to TIP411 with SFPD at the beginning of the message.