BYRON, Calif. - Curtis Denton Jr. who is better known to Bay Area hip hop fans as Young Curt was killed in a car crash on Monday, according to authorities.

Shortly after 2:00 a.m., officers responded to the accident scene on the Byron Highway just north of Holey Road. That's where they found the victim lying on the dirt shoulder outside of a 2019 Dodge Charger, according investigators.

Denton was taken by ambulance to a hospital in Antioch but died of his injuries there, the CHP said. 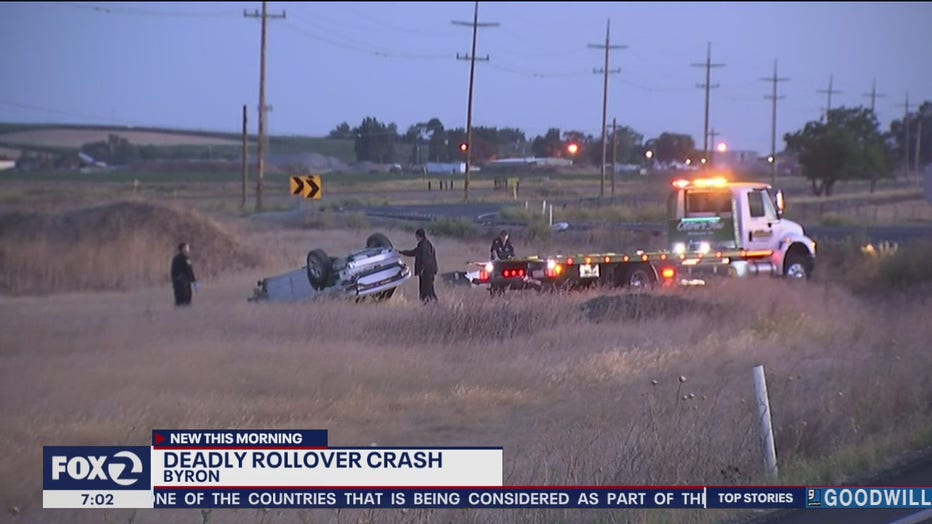 On Twitter, fans of Denton have been expressing their sadness over the news of his death, many describing him as a Bay Area legend, who heavily influenced the Los Angeles rap scene.

Investigators determined that Denton was speeding south on Byron Highway and didn't navigate a turn in the roadway, striking the dirt shoulder and rolling the vehicle over several times, according to the CHP.

He apparently was not wearing a seat belt and was ejected through the sunroof. Authorities have not determined if impairment was a factor, according to the CHP.

Anyone with information about the crash is asked to call the CHP's Contra Costa-area office at (925) 646-4980.