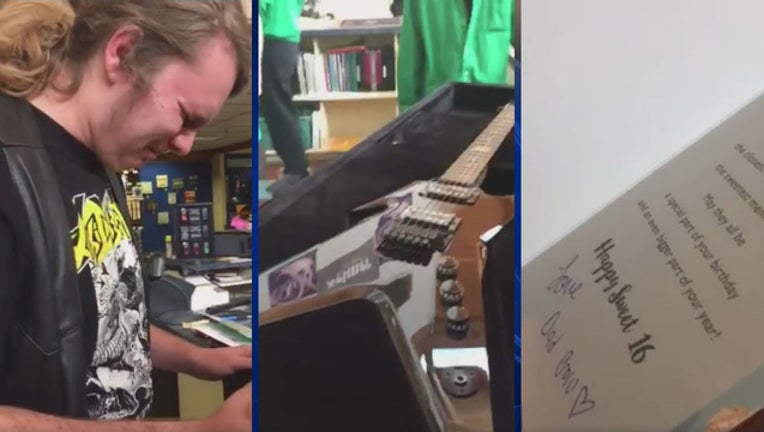 John Crow died at the age of 49 after a heart attack in April.

The music center's owner, Pete Kruse, says John Crow ordered the guitar in January for his son. After the death, Kruse told Johnny's 20-year-old sister, Chandler Crow, about the gift one day after she had dropped him off for his guitar lesson.

Chander wrote on Facebook that she "just dropped to [her] knees" when she heard about the surprise, but knew she had to keep it a secret until his birthday, which was on June 7.

Chandler Crow captured footage of the birthday surprise, which has been viewed more than 6 million times on Facebook and became popular on Reddit on Thursday.

Johnny says the supportive messages and shared stories of grief have helped him cope.