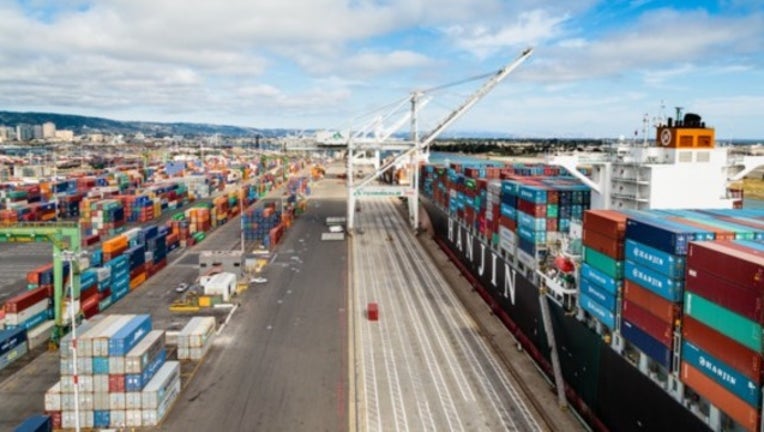 Port officials expect the cranes to arrive from Chinese manufacturer ZPMC in September. The 300-foot tall machines will be among the tallest in North America, once complete, and will be placed at the port's largest terminal, which is operated by SSA Terminals.

"As ships keep getting bigger, SSA and ZPMC continue to help us keep ahead of the industry," Port of Oakland Executive Director Danny Wan said. "We're very excited and grateful for the partnership."

According to port officials, the new cranes are tall enough to stack as many as 12 containers on top of each other on awaiting cargo ships. Each crane's arm can also reach roughly 125 feet across a ship's deck, the equivalent of 24 rows of containers.

SSA Terminals placed a $30 million order for the cranes in February 2019. Once they arrive at the port via ship, they will take about five days to be transferred from the ship to the dock.