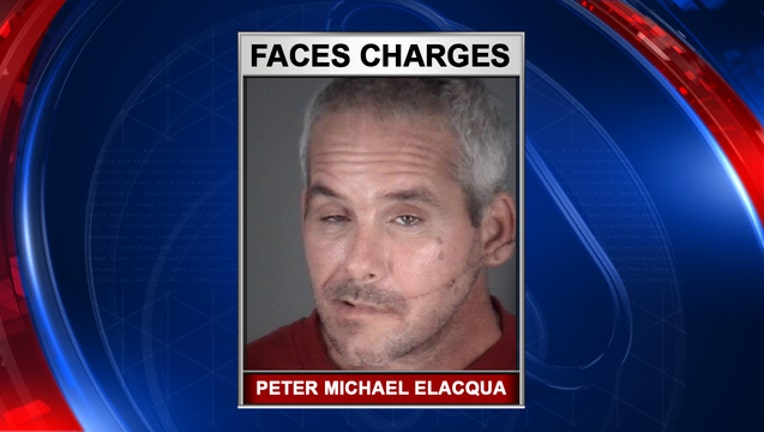 PORT RICHEY, Fla. (FOX 13) - A Port Richey, Florida man was arrested after deputies say he threw a burrito at his girlfriend.

The burrito apparently hit the woman on the left side of her face.

An arrest affidavit says it started with a verbal fight between 41-year-old Peter Michael Elacqua and his girlfriend. They live together, according to the report.

The first deputy to arrive on the scene reported finding the victim with the contents of the burrito "dispersed across her face, neck, and left chest/shoulder area," according to an arrest affidavit.

The Pasco County Sheriff's Office says Elacqua took off when the deputy arrived.

He was later was arrested for allegedly battering his girlfriend with food.

Elacqua was released on $100 bond.