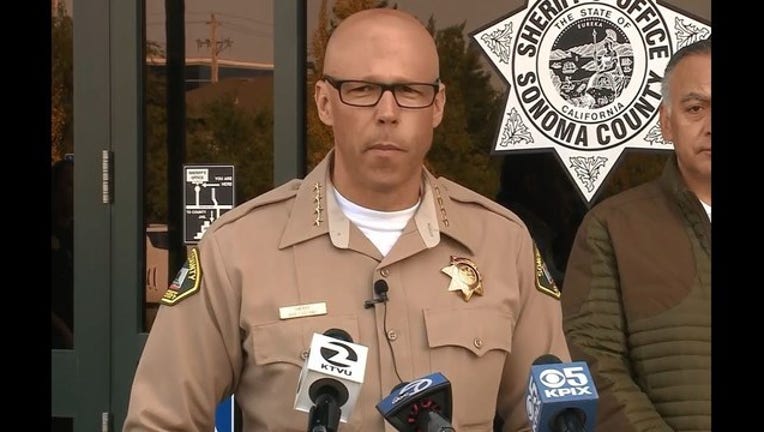 SANTA ROSA, Calif. - The Sonoma County Sheriff will no longer make booking photos of inmates automatically public online, saying that he wants to err on the side of caution and not be prejudiced against those who have financial and psychological challenges.

In a statement Monday, Sheriff Rob Giordano said broadcasting the identities of suspects “disproportionately displaying the booking photos of homeless and mentally ill people compared to those members of our society who have the economic means to post bail.”

Giordano also told the Press Democrat that he was disturbed that third-party companies started collecting photos from the sheriff’s inmate database and began selling them to other websites. Companies were “profiting off our photo collection and essentially holding people ransom,” the sheriff wrote on the department’s Facebook page. He posted the story to solicit input from the community.

The booking photo move was cheered by several public defenders, including the one in Sonoma County, who urged the move as well as San Francisco Public Defender Jeff Adachi.

“Being arrested doesn’t mean you will be charged with a crime, much less convicted of one,” Adachi told KTVU by email. “The standard of proof for an arrest is quite low, so many people who are booked into jail are later released. But booking photos on the internet are forever. It can be a career-ruining, life altering thing. And there is an entire cottage industry of mugshot websites that extort innocent people, forcing them to pay if they want these humiliating photos taken down.  We also know that black, brown, poor, and mentally ill people are more likely to be stopped, searched and arrested by police. The public seeing an endless parade of their mugshots contributes to their criminalization as a group and it damages the presumption of innocence we all share.”

But the policy did not sit well with David Snyder, executive director of the First Amendment Coalition.

It's not that he doesn't see the compassionate point that the sheriff is trying to make. But Snyder said he believes in "broad transparency."

"I think the public has a right to see those photos and who police arrested," Snyder said. "Posting the photos shows the public who is being arrested and that way we can monitor what police are doing and to whom." Racial prejudice can better be assessed, Snyder added, if the public can see who is behind bars.

The move is a change for the agency. In November, the sheriff began releasing booking photos of every person processed at the jail in an online inmate database. Mug shots were taken down as people were released from custody. Across the Bay Area, individual police departments and jails will often release mug and booking shots of suspects and inmates in custody to the media. The Tenderloin district of the San Francisco police took some heat last month for tweeting out mug shots, especially after one suspects was never charged with a crime after his arrest.

But the jails in Alameda, San Mateo, Santa Clara, San Francisco and Marin counties do not provide booking photos online.

Now, the Sonoma County Sheriff’s Office will only release booking photos upon request “when it serves the interest of the public,” Giordano told the Press Democrat.

Many across the nation are grappling with inequalities choking the criminal justice system. Aside from the issues of photos, the larger idea of bail reform has taken center stage as civil rights activists, local public defenders and politicians are pointing out the unfairness of bail. This week, the Alameda County Public Defender’s Office, the Essie Justice Group, the Young Women’s Freedom Center, and TGI Justice Project held a news conference called “Bail out Black Mamas,” highlighting the fact that many mothers sit in jail because they can’t afford the bail.

Last summer, U.S. Senators Kamala Harris (D-California) and Rand Paul (R-Kentucky) introduced a bill to fund the study the racial and economic disparities between defendants who are held and those who are released pending trial.

"In our country, whether you stay in jail or not is wholly determined by whether you’re wealthy or not -- and that’s wrong," Harris said in a written statement announcing the bill. "We must come together to reform a bail system that is discriminatory, wasteful, and fails to keep our communities safe.”

The release of booking photos has been an interesting legal debate.

But case law in state courts were not clear on whether mug shots can be classified as investigative records, according to an analysis by the First Amendment Coalition.