WASHINGTON - Postmaster General Louis DeJoy said the U.S. Postal Service will suspend operational changes until after the November election amid concerns over the agency’s ability to handle an anticipated surge in mail-in voting.

“To avoid even the appearance of any impact on election mail, I am suspending these initiatives until after the election is concluded,” DeJoy said.

Retail hours at post offices will also not change, and overtime will be approved “as needed.” DeJoy added that the Postal Service will “engage standby resources in all areas of our operations, including transportation, to satisfy any unforeseen demand.” 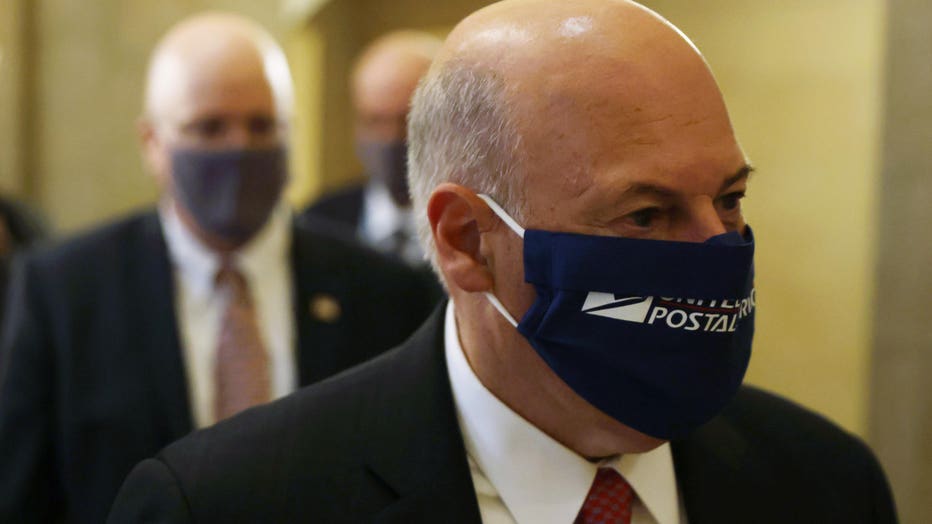 U.S. Postmaster General Louis Dejoy arrives at a meeting at the office of Speaker of the House Rep. Nancy Pelosi, (D-Calif., at the U.S. Capitol on Aug. 5, 2020 in Washington, D.C. (Photo by Alex Wong/Getty Images)

DeJoy, an ally of President Donald Trump who took control of the agency in June, has swiftly engineered cuts and operational changes that are disrupting mail delivery operations and raising alarms among workers.

More Americans than ever are expected to choose to vote absentee this year instead of risking health concerns by voting at polling places during the coronavirus outbreak. DeJoy has faced pressure by Democrats to halt any changes that could potentially cause disruptions to the mail service.

Last week, Trump said he opposes additional funding for the Postal Service, which he acknowledged would starve the agency of money that Democrats say is needed to process the anticipated surge in mail ballots.

More than 20 states, from New York to California, announced they would be suing to stop the changes.

The president has also made repeated criticisms against mail-in voting, claiming the method would lead to fraudulent ballots being counted. Top elections officials maintain that mail-in voting does not lead to widespread voter fraud.

“The Postal Service is ready today to handle whatever volume of election mail it receives this fall. Even with the challenges of keeping our employees and customers safe and healthy as they operate amid a pandemic, we will deliver the nation’s election mail on time and within our well-established service standards,” DeJoy said in Tuesday’s statement.

“The American public should know that this is our number one priority between now and election day,” he added.

DeJoy is scheduled to appear Friday before the Senate to testify on mail delivery delays and service changes. On Monday, he and the head of the Postal Service board of governors will also testify in the House.