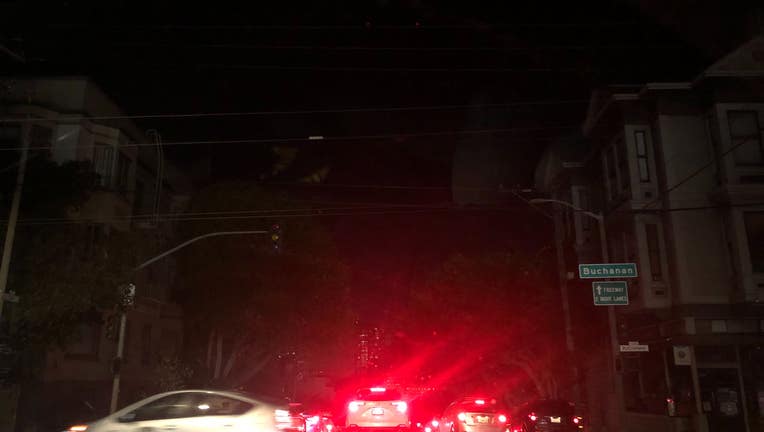 A crew is at the scene making underground repairs, though PG&E did not disclose the exact location.

PG&E is investigating the cause of the outage that began at 7:52 p.m. Restoration was gradual, but a utility spokesperson told KTVU power was fully restored shortly before 10 p.m.

A KTVU employee said traffic lights at Oak and Buchanan streets were out, but shortly after updated to say they were back on in the area of Market and Octavia in Hayes Valley.