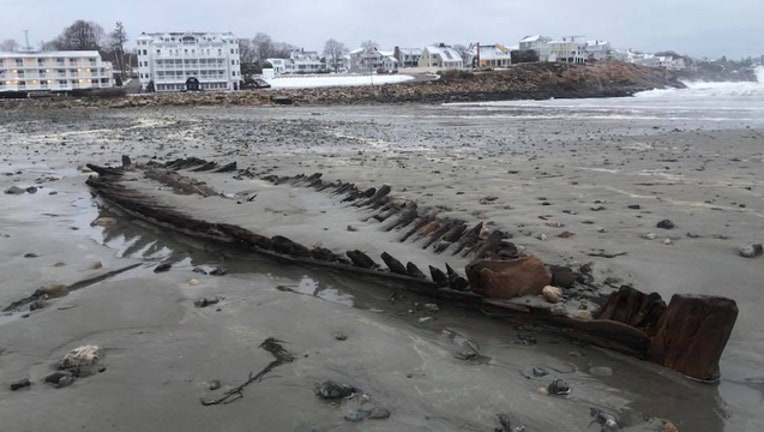 The nor'easter that battered the New England coast has once again revealed a shipwreck's remains on Short Sands Beach in York, Maine.

The York Police Department posted photos Monday that show the skeleton of a ship that's believed to be a sloop more than 160 years old. The Maine Historic Preservation Commission believes the 51-foot-long hull dates to the era between the Revolutionary War and Civil War.

The shipwreck is normally covered by sand, but became a curiosity when it was uncovered in 1958. Since then, it has been seen several other times, most recently five years ago. Before that, it was last seen after the Patriots Day nor'easter in 2007.

The remains have been mapped and identified by the Maine Historic Preservation Commission as an archaeological site.