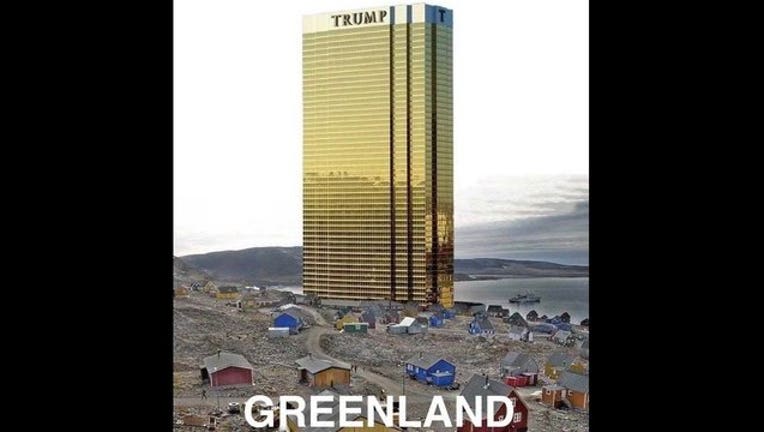 WASHINGTON (AP) -- President Donald Trump is making light of his own idea of buying Greenland from Denmark, tweeting a doctored photo of Trump Tower looming over a small village in the Arctic territory.

Trump jokes on Twitter, "I promise not to do this to Greenland!"

Trump acknowledged Sunday that he is "strategically" interested in such a deal, but said it's not a priority of his administration. He told reporters, "It's not No. 1 on the burner."

Danish Prime Minister Mette Frederiksen has said Greenland is not for sale and Trump's idea of buying it is "an absurd discussion."