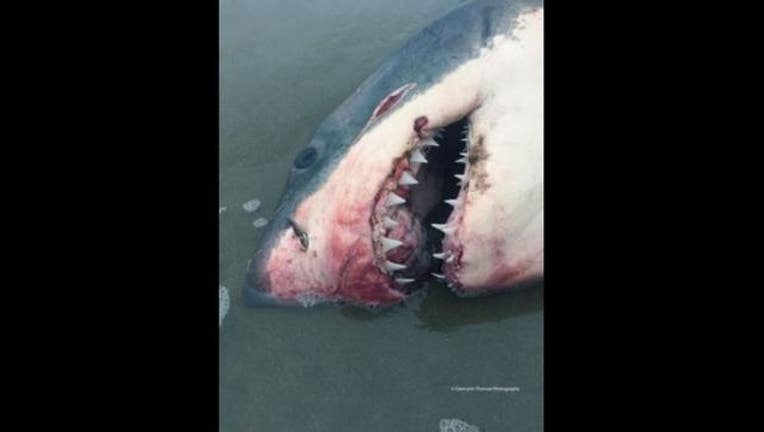 A great white shark washed up on a beach in Aptos on June 17, 2018. Photo: Giancarlo Thomae.

The department says officers began investigating in June after a nine-foot male with multiple bullet holes washed up on a beach in Aptos. A necropsy found the shark had been killed by a .22 caliber firearm.

It says a caller on a tip line reported that a member of a commercial fishing crew may have been responsible for the death.

It says Pham confessed, saying he shot the shark after seeing it swimming near the wings of his deployed fishing net.