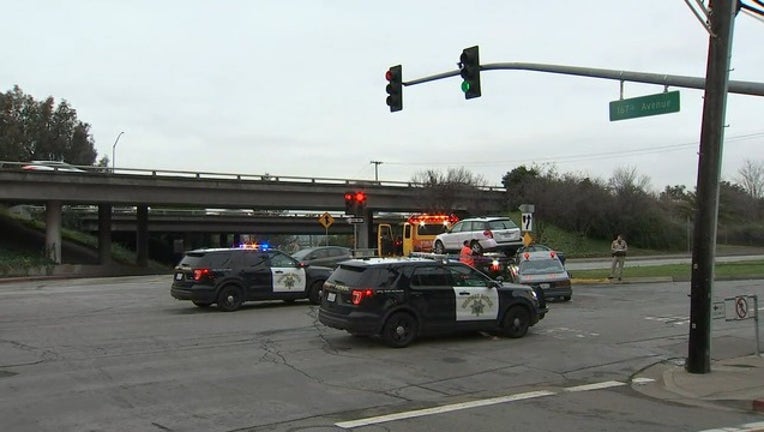 ALAMEDA COUNTY, Calif. (KTVU) - A pursuit ended in San Leandro on Thursday morning in a crash, and the suspect was on the loose but is now in custody.

According to Alameda County sheriff's spokesman Sgt. Ray Kelly the incident began at 6:30 a.m. before a suspect crashed into another vehicle at 167th Avenue and Foothill Blvd.

The driver of the vehicle the suspect crashed into was injured and taken to the hospital.

The suspect left the scene but was later located and is now in custody.