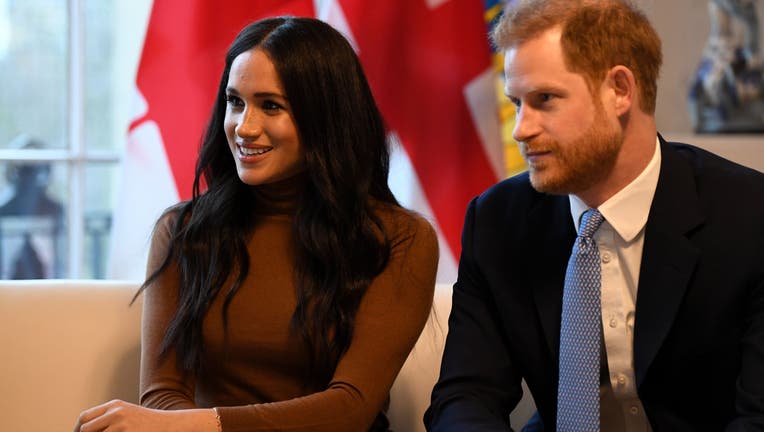 Britain's Prince Harry, Duke of Sussex and Meghan, Duchess of Sussex gesture during their visit to Canada House in thanks for the warm Canadian hospitality and support they received during their recent stay in Canada, in London on January 7, 2020. (P

LONDON (KTVU) - The Queen's Office at Buckingham Palace released a statement Wednesday after Prince Harry and Meghan Markle announced they are stepping back as senior members of the royal family.

Buckingham Palace called the decision complicated saying, "We understand their desire to take a different approach, but these are complicated issues that will take time to work through."

The Duke and Duchess of Sussex shared the shocking news earlier Wednesday and said they are pulling back from their senior role. The couple said the decision comes after "many months of reflection and internal discussions."

"We have chosen to make a transition this year in starting to carve out a progressive new role within this institution," they shared on Instagram. “We intend to step back as ‘senior’ members of the Royal Family and work to become financially independent, while continuing to fully support Her Majesty The Queen. It is with your encouragement, particularly over the last few years, that we feel prepared to make this adjustment."