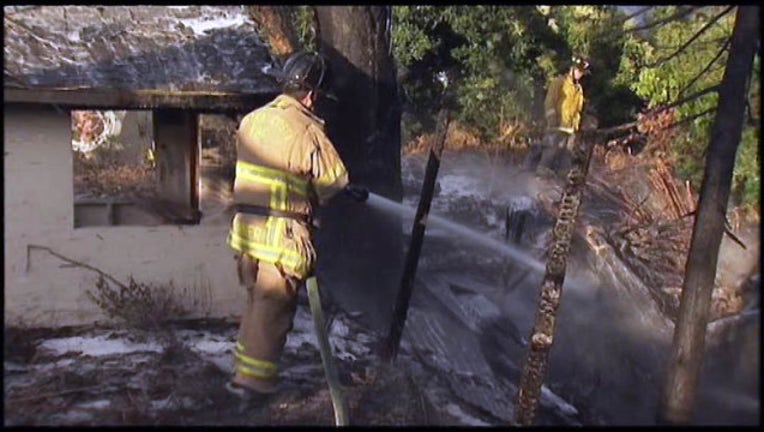 BAYPOINT, Calif. (KTVU and wires) – A fire swept through underbrush and a homeless encampment near Baypoint early Tuesday before firefighters were able to stop it within feet of a mobile home, authorities said.

"It (the fire) was in steep terrain, in a drainage covert," he said. "There was a tremendous amount of material – bedding, clothes and all the stuff they (the homeless campers) they bring with them."

Fire officials said they believe the fire was sparked by a fire set to cook or keep warm.

The first report of the fire came in at 5:40 a.m. and firefighters were on the scene within five minutes. The blaze was extinguished within 20 minutes, but it still got within 15 feet of one of the homes.

Crews would stay at the scene for several hours extinguishing hot spots and removing some of the debris.