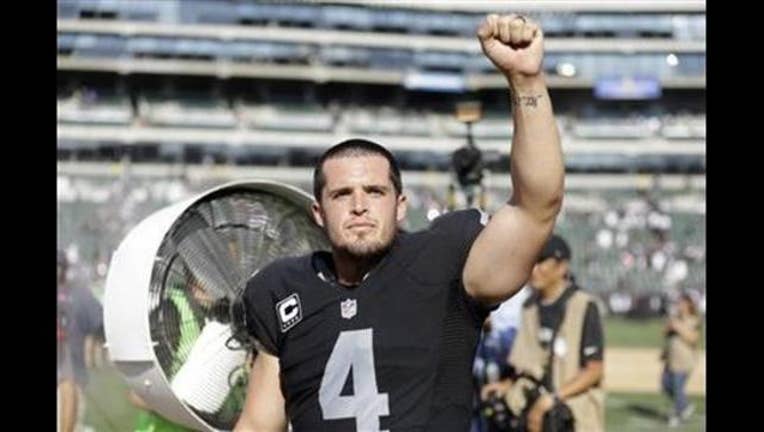 Carr has played all three seasons of his career in Oakland, and helped lead the Raiders to the playoffs last year.

In 2016, Carr threw for nearly 4,000 yards and 28 touchdowns with only six interceptions. His season was cut short after breaking his fibula in week 16.