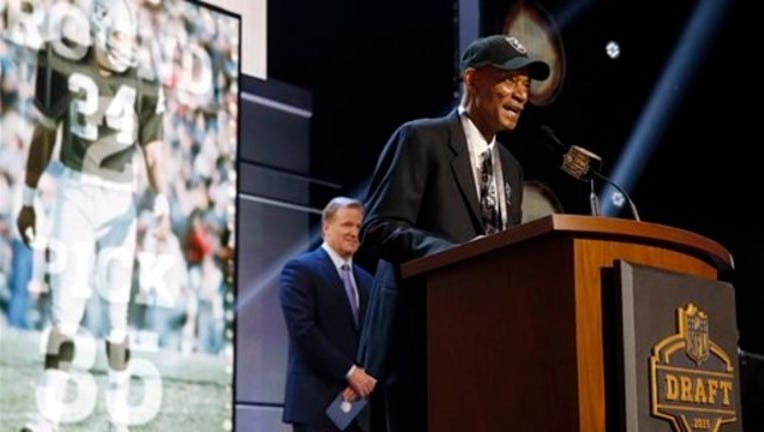 The Raiders chose Edwards 35th overall as they began to address their needs on defense after taking receiver Amari Cooper with their first-round pick Thursday.

While Edwards is considered to be strong against the run, he had little production as a pass rusher in college with just eight sacks in three seasons at Florida State. Oakland had a big need for a pass rusher to team with last year's top pick, linebacker Khalil Mack. The Raiders were tied for the second-fewest sacks in the league last year with 22.

But general manager Reggie McKenzie went with Edwards over Nebraska's Randy Gregory, widely considered a top 10 talent who slipped in the draft because of off-field concerns.

Edwards has the versatility to play both end and tackle and is well known to the Raiders staff. Oakland linebackers coach Sal Sunseri was Edwards' position coach the past two seasons at Florida State.

Edwards was one of the top recruits in the country when he signed with Florida State but there were questions about his conditioning and desire in college.

After years of lackluster drafts, the Raiders finally started building their foundation for ending a 12-year run without a playoff berth or winning record.

Edwards' father was a cornerback who played five seasons in the NFL for Dallas and Tampa Bay.