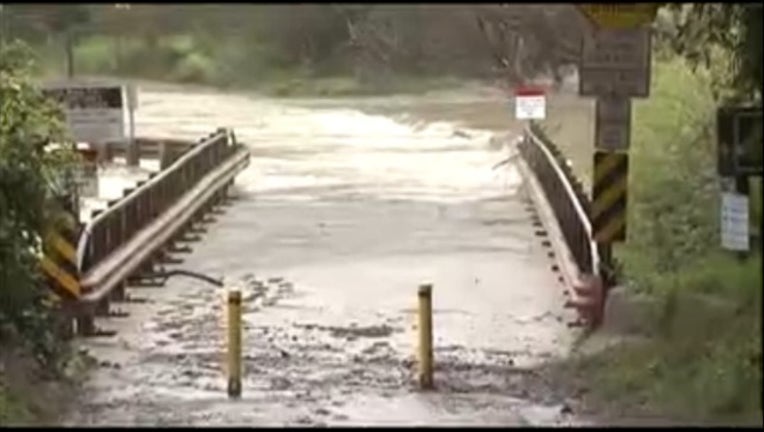 (BCN) - The heavy rain this week raised the levels of the two main reservoirs that supply water to the Sonoma County Water Agency, but at a cost.

Between 2 and 2.5 inches of rain was measured over a 24-hour period in the Sonoma Valley, and sewer pipelines intended only for wastewater exceeded capacity, Sonoma Water said in a statement.

Less than 50,000 gallons of wastewater overflowed during the four spills, and maintenance crews were on the scene through Wednesday night. The overflows were stopped at 2 a.m. Thursday, and crews cleaned up and monitored flows later Thursday morning, Sonoma Water officials said.

The flows into the Sonoma Valley wastewater treatment plant were 20 million gallons a day at 7 p.m. Wednesday night, about 10 times greater than flows during dry weather, according to Sonoma Water.

The Sonoma Valley Sanitation District plans a $6 million project to replace 1.8 miles of pipeline along state Highway 12, and will continue replacing aging pipelines for the next several years

The larger reservoir, Lake Sonoma, filled to 227,000 acre-feet, a 15,000-acre-feet increase over a 24-hour period. Between the two reservoirs, the storm increased storage of 20,000 acre-feet, or about 6.5 billion gallons of water, according to Sonoma Water.