6-year-old girl bitten by mountain lion in Rancho San Antonio Park. The park may be closed for a week. Greg Liggins reports

CUPERTINO, Calif. - Rancho San Antonio County Park and Open Space Preserve in Cupertino will be closed temporarily after a 6-year-old was injured by an animal - suspected to be a mountain lion - while walking with others on a park trail, Midpeninsula Regional Open Space District officials said Sunday.

The encounter took place about 10 a.m. Sunday on a trail about two miles from the preserve's main parking area. The child, whose gender and age were not provided, was with family members when the attack occurred, Gessner said. Adult family members scared the animal away.

"This happened on the wildcat loop trail and luckily she had some very quick thinking adults with her and one of them was able to push the lion away and it took off down in the brush," said Brad Pennington, with Midpeninsula Regional Open Space.

California Department of Fish and Wildlife officers, with help from Midpen rangers, are investigating the incident and working to locate and positively identify the animal. The preserve will be closed until the investigation is finished and will reopen when Midpen officials determine it is safe to do so, Gessner said.

"We'll capture the lion, put it in a trap where it can wake up, but will collect evidence before that happens.  And make sure we have captured the correct lion," said Todd Tognazzini, with the Department of Fish and Wildlife.

Mountain lions live throughout the Santa Cruz Mountains. They generally are not a threat to people, and encounters like Sunday's are unusual, rangers said. Nevertheless, park visitors should remain vigilant when in mountain lion territory. 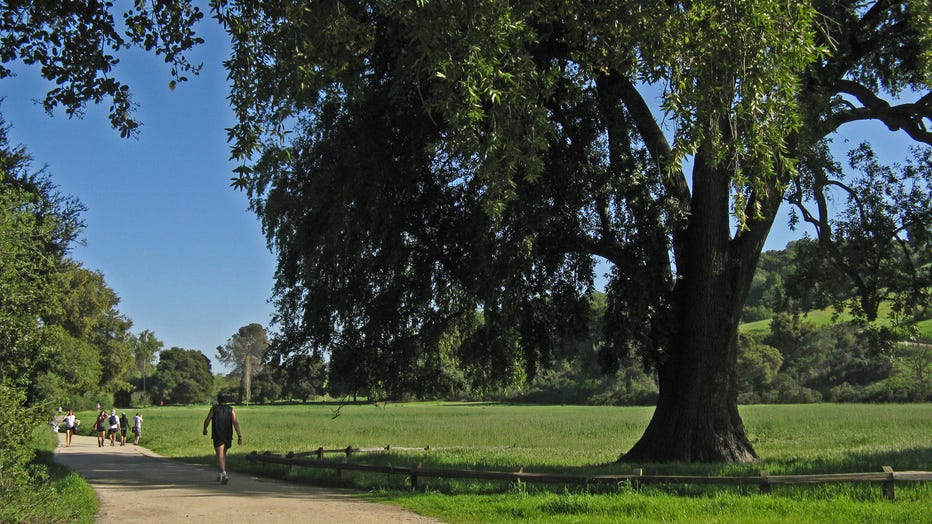