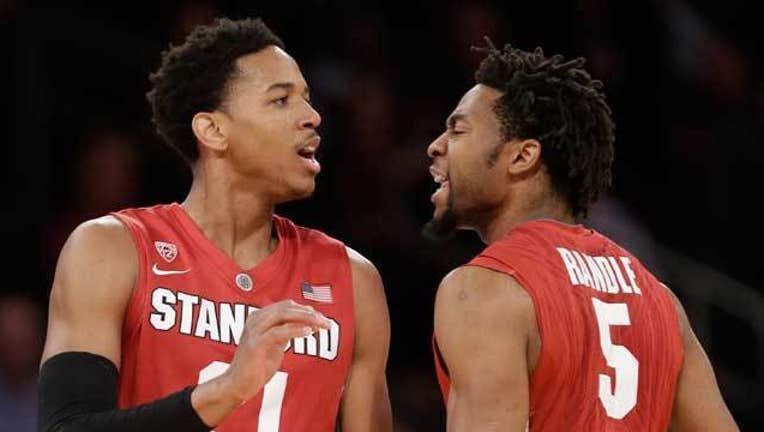 NEW YORK (AP) — Chasson Randle had 24 points to become Stanford's all-time leading scorer and carry the Cardinal to a 67-60 victory over Old Dominion in the NIT semifinals Tuesday.

Stanford blew a 21-point first-half lead but rallied behind its senior star, who played through foul trouble to make a string of big second-half shots.

Randle came in needing 11 points to break Todd Lichti's record and has 2,350 for his career.

The Cardinal led 15-0 when Old Dominion finally scored its first points nearly five minutes in and were up 25-4 midway through the first half. But the deficit was just six at halftime after Richard Ross' dunk with six seconds left.

The Monarchs (27-8) took their first lead on Ross' layup with just over 11 minutes left. But a steal and a dunk in transition by Marcus Allen with less than eight minutes to go put Stanford up for good.