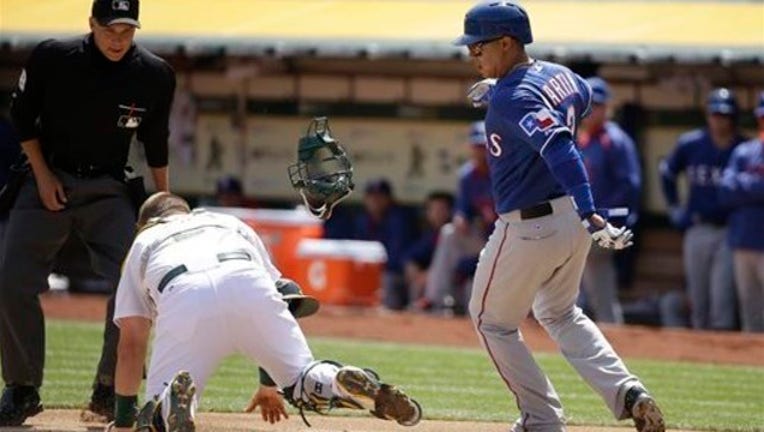 After being shut out twice in the first three games of the season, the Rangers scored eight runs in the first four innings to give Nick Martinez (1-0) plenty of support and earn a split of the season-opening four-game series.

Graveman (0-1) had a brilliant first spring with the A's after being acquired in the offseason from Toronto in the Josh Donaldson deal. He allowed just one earned run in six starts and his 0.36 ERA was the lowest in the majors.