Rape suspect nabbed after hiding in Nordstrom Rack for hours

Authorities on Wednesday captured a rape suspect who had hid inside a Nordstrom Rack shop in Pleasant Hill for hours.

PLEASANT HILL, Calif. - Authorities on Wednesday captured a rape suspect who had hidden inside a Nordstrom Rack shop in Pleasant Hill for hours.

Officers arrested the suspect, Joseph Ramons, 26, behind the store on Wednesday around noon, though they initially presumed he had escaped from the building after clambering through a crawl space and changing clothes.

At around 11:45 am, police said Ramos lowered himself from the ceiling and ran through the back door. He was tackled by Nordstrom Rack loss prevention agents and arrested by Pleasant Hill Police after hiding for nearly 18 hours.

Ramos appeared to be wearing a sweater from the store on top of tactical gear on his chest. Police searched Ramos, removed the tactical gear, and confiscated unknown items in a plastic bag.

Ramos will be turned over to the Pittsburg Police Department which holds the arrest warrant. Pittsburg PD did not immediately respond to requests for comment, nor did Nordstrom’s corporate office.

There had been an hours-long standoff at the clothing store as police searched for Ramos from Tuesday night into the next day.

Earlier, a police captain told KTVU that Ramos, wanted for alleged rape in another city, possibly left the area late Tuesday night, but SWAT teams continued to search for him in the inner spaces of Nordstrom Rack, as some witnesses reported seeing him flee through an opening.

Rape suspect nabbed after hiding in Nordstrom Rack for hours

Authorities on Wednesday captured a rape suspect who had hidden inside a Nordstrom Rack shop in Pleasant Hill for hours.

By 7:30 a.m. Wednesday, police left the scene with no suspect in custody, but returned hours later where Ramos was taken into custody. Ramos was wanted by the Contra Costa County sheriff's office on suspicion of rape and domestic violence. Police believe he drove a stolen car to the shopping plaza.

The Nordstrom Rack is across from the Sunvalley Mall in Concord. Nordstrom Rack representatives stressed that Sun Valley store was fully evacuated and no customers or employees were injured.

The standoff capped about 10 hours of Pleasant Hill police searching for Ramos near Nordstrom Rack and Safeway, evacuating both stores of customers late Tuesday. The stores are located in their own complex, across from the mall, off of Interstate 680, Golf Club Road and Contra Costa Boulevard.

SEE ALSO: Teen killed during shootout between police and dad who allegedly abducted her

Concord police reported that Ramos ran into the Nordstrom Rack, and had been holed up for several hours.

A KTVU reporter who arrived at the scene said law enforcement was using a megaphone or some kind of public address system to try to lure someone out from Nordstrom Rack and surrender to police. At around 9:30 p.m., a flash bang was used. It's at this point that the police captain said the suspect might have walked out with the rest of the crowd.

A man who works at a car dealership nearby said he noticed California Highway Patrol helicopters overhead at around 7 p.m. and then a rush of law enforcement showed up.

"I also saw a bunch of different law enforcement agencies here, including Lafayette, Moraga, Pittsburg, Pleasant Hill and Concord, of course," said Marcos Torres of Concord. "I hear them saying his name; Joey Ramos or Joseph Ramos, that they want him to come out and listen to law enforcement officers and that Lily wants him to come out safe."

Pleasant Hill Police Department sent an alert for the public to avoid the area of Nordstrom Rack and Safeway grocery store Tuesday evening where a standoff situation is developing. A man wanted by law enforcement barricaded in the store following a pursuit. 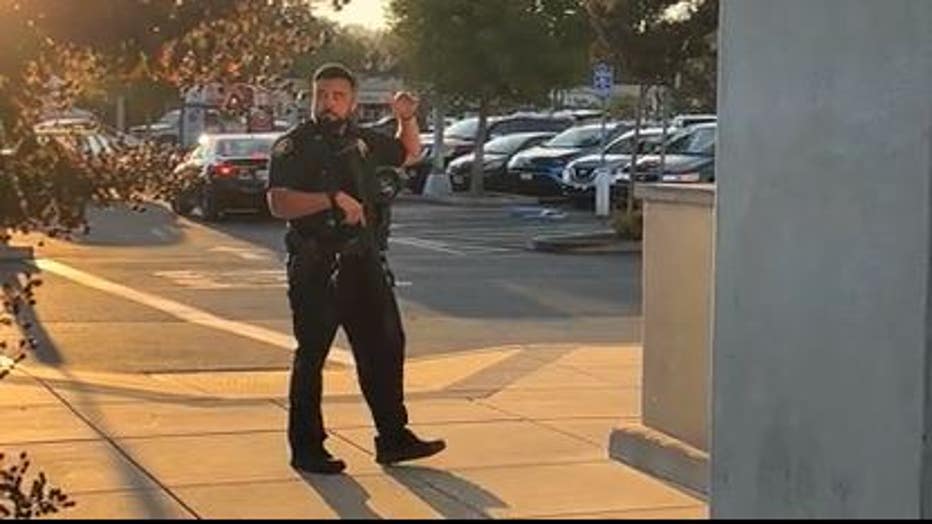 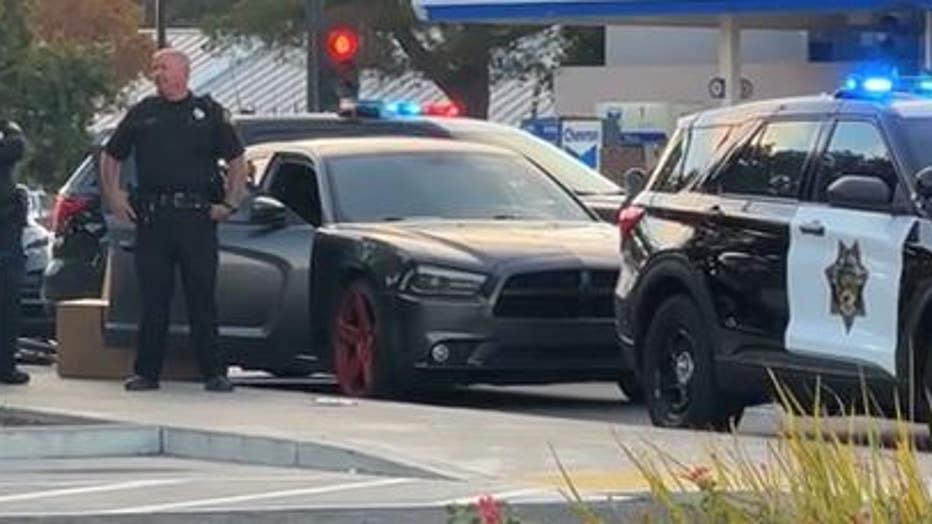 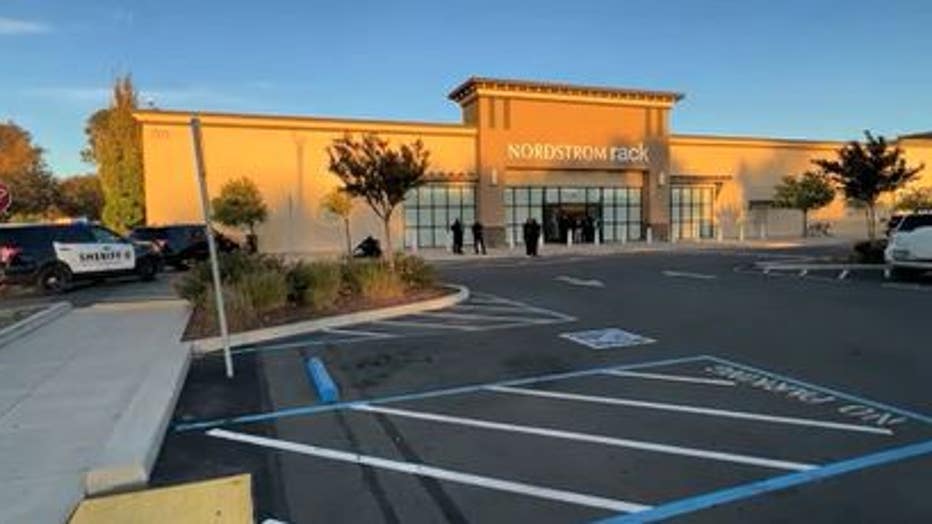 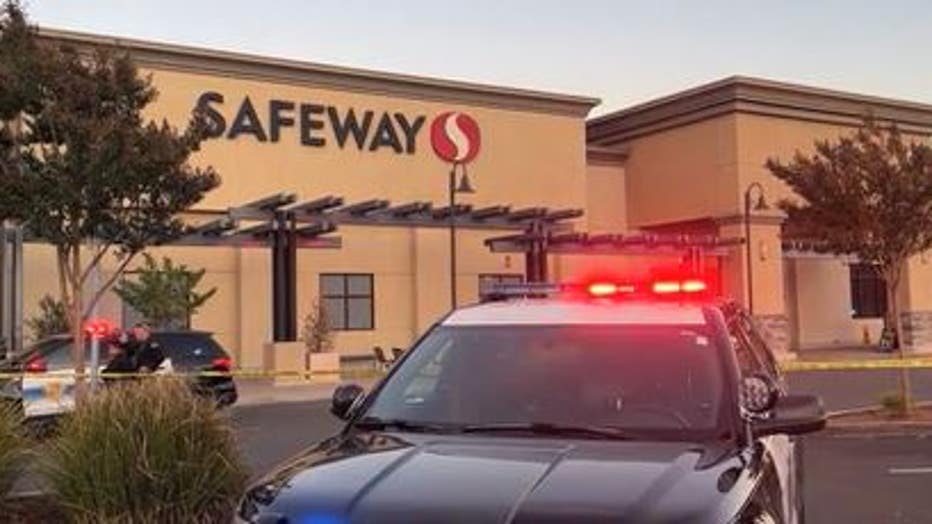