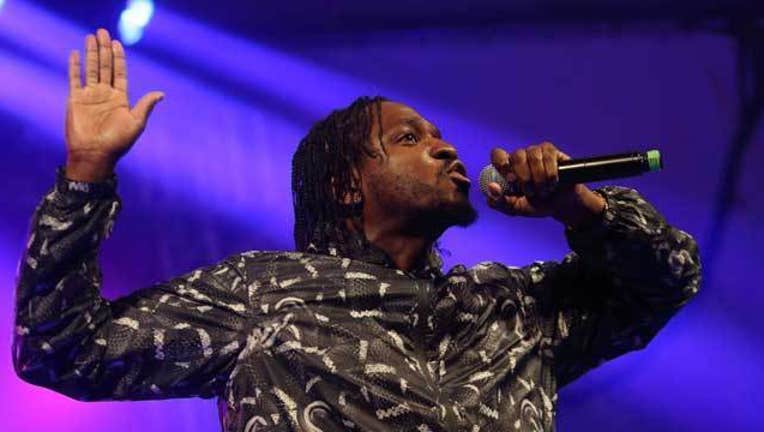 NORFOLK, Va. (AP) — Hip-hop artist Pusha T took to social media to say he was denied entry into a Virginia Beach nightclub because he's black, leading to widespread outrage on the Internet that the club's attorney said Thursday is unwarranted because the allegations are untrue and that the rapper is just seeking attention.

Virginia Beach rapper Terrence Thornton, who goes by Pusha T, decried Venue 112 as racist on Twitter and Instagram because he was kept out of the club while white people behind him in line were let in early Tuesday morning shortly after midnight. Thornton has more than 1 million followers on Twitter and more than 400,000 on Instagram.

Thornton, who could not be reached for comment by The Associated Press on Thursday, wrote on social media that a management figure at Venue 112 told a bouncer to tell Thornton that the club was only using a guest list for entry. Thornton said he was never asked his name to check whether he was on it.

"Last night should've never happened," Thornton wrote on his Instagram account Tuesday. "These 'imaginary guest list' u impose on potential black patrons is a slap in the face to the Great Neck community, Virginia Beach, and the 757 as a whole."

Venue 112 is in a shopping center in the Great Neck section of Virginia Beach not far from Naval Air Station Oceana.

Venue 112 attorney Kevin Martingayle told The Associated Press in a telephone interview that Thornton's comments about the club being racist are untrue. He said he has a laminated copy of the club's guest list, which is frequently updated to reflect its best customers. He said the list has more than 600 people on it and is sometimes used to allow only regulars in when it gets crowded.

"Most of the people who work the door regularly know who the regular customers are coming in," Martingayle said. "Race is simply not a factor."

"This place is a diverse place that is designed to appeal to lots of kinds of people. It wouldn't even make sense, what he's alleging," Martingayle said. "Venue, just like any other place, is allowed to have preferred customers, allowed to preclude for whatever reason (someone) is deemed to be unacceptable. One thing is crystal clear: Race is not a consideration."

George Rutherglen, a University of Virginia law professor, noted that although it's illegal for any club to discriminate based on race, cases of customers being denied entry into a business rarely go to court and tend to fly below the public's radar as a result.

"I think this occurs fairly regularly because there's not much incentive for an individual to sue. There's not a whole lot of upside," he said. "Publicity is a powerful deterrent from these kinds of practices; once they see the light of day, the whole complexion of the issue changes."

In a telephone interview with WAVY-TV, Thornton said he had not been to Venue 112 before this week and that he didn't want anything from the club.

"I just want the truth to get out. There's absolutely nothing that establishment can do for me. This isn't a pity party," he said.

Martingayle said if Thornton were serious about the issue, he would meet with club management or himself. He said he's personally sent Thornton direct messages on Twitter that have gone unanswered.

"When people run around venting publicly instead of attempting to go right to the people who are involved to express their concerns, what it tells me is they're more interested in making a scene and getting publicity than truly addressing the problems," he said.