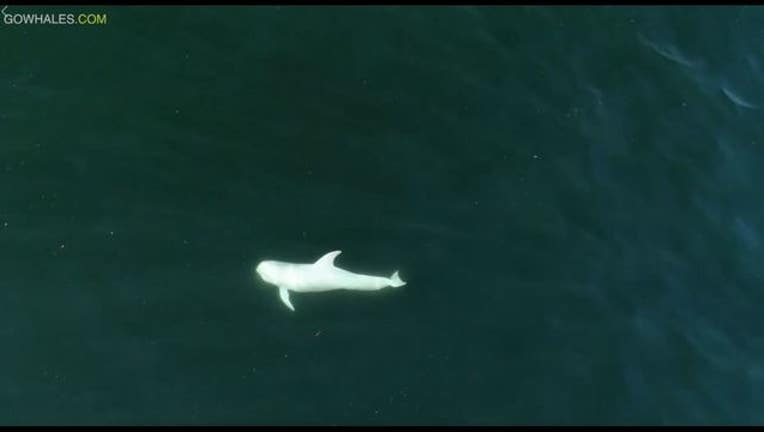 The albino dolphin was swimming in a pod with other dolphins.

According to Monterey Bay Whale Watch the very rare albino dolphin is a juvenile.

Monterey Bay Whale Watch posted the footage on Facebook with the caption, "This albino juvenile Risso's dolphin has rarely been seen in Monterey. Today, we had great looks at it and from the drone's perspective you can see the other Risso's swimming next to it with 'normal' dark gray color and scars from squid and teeth. Included in this video you will see Sea Lions shredding apart a Mola Mola Sunfish as well as Humpback whales gracefully descending into the depths."

In October of 2015 an albino calf was spotted swimming through the Monterey Bay with its mother. It's unclear if its the same dolphin in the video from Thursday.