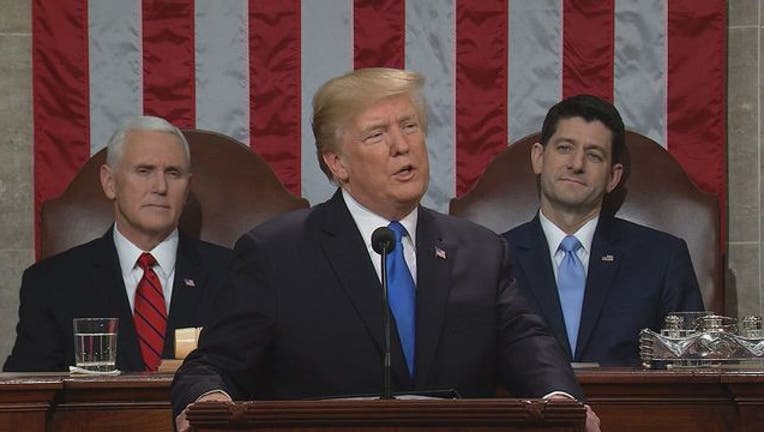 OAKLAND, Calif. (KTVU) - As we watched President Trump issue his first State of The Union address from Washington Tuesday night, a few of his critics took to Twitter to give their commentary in real time.

Politicos from the opposing side of the aisle sounded off as they sat in silence (unless they actually stood for applause) and sent their truncated messages into the digital realm.

While Trump called for unity among the divided nation and bipartisanship from his peers, some in the room felt the need to disagree.

Rep. Eric Swalwell, who represents the Bay Area, was one of the more prolific critics, sounding off to say the president has been more of a divider.

He also took issue with the Trump administrations treatment of the Dreamers.

Sen. Kamala Harris did not appreciate the characterization of the Affordable Care Act signed into law by President Obama.

Rep. Nancy Pelosi, who reportedly told fellow Democrats not to boo or jeer during the address, got her digs in on the sly. She noted the stock market doing well being good news for Trump, but not so much for the working class.

Sen. Harris also didn't think putting a former pharmaceutical executive in the cabinet would do much for bringing prescription drug prices down.

Rep. Swalwell is still waiting for a solid investment on public infrastructure.

The Trump presidency has highlighted America's race issues for sure, with the rise of white supremacist groups like the alt-right and the tragedy in Charlottesville, Va. becoming a watershied moment for reflection, Rep. Swalwell took it to a personal level.

Gun control? Swalwell asked for universal background checks and reform, adding there have been more than 1,000 mass shootings since Sandy Hook, where 20 first graders were killed.

To see the State of the Union for yourself you can check it out here: