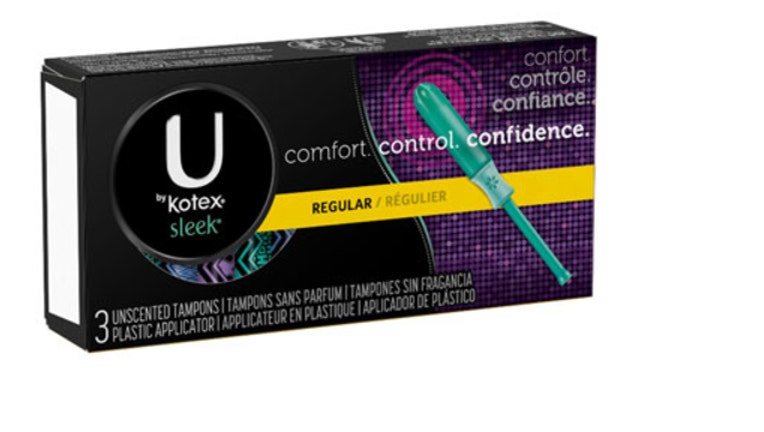 NEENAH, Wis. (FOX 13) - A voluntary recall has been issued for some Kotex tampons after several complaints that the tampons have come apart during use and even caused some infections.

The recall is for specific lots of U by Kotex Sleek Tampons, Regular Absorbency.

Kimberly-Clark said some users reported the tampons unraveled or came apart upon removal, leaving parts of it in the body. Some consumers have also reported infections or irritation because of it, the company said.

The lot number is found on the bottom of the package and the list of recalled lot numbers is available on the U by Kotex website.

Retailers have been asked to remove the affected products from shelves.

Anyone who has the product should stop using it and call the Kimberly-Clark Consumer Service team at 1-888-255-3499 between 7:30 a.m. - 7 p.m. Central time Monday through Friday for more information.

Anyone with symptoms from using one of the impacted products should seek medical attention, the company says.