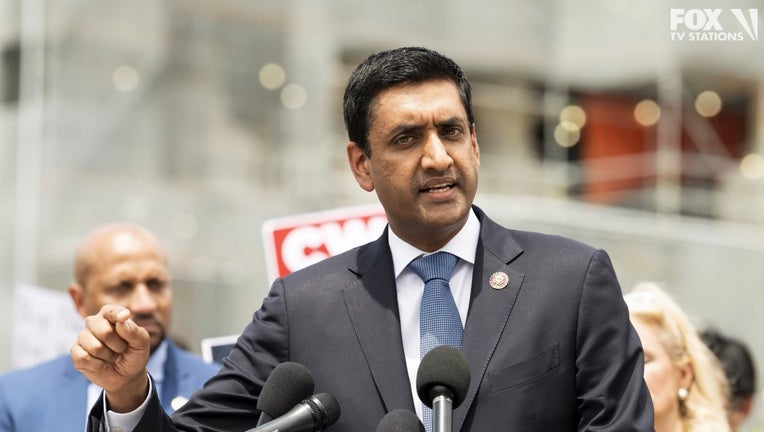 During Gov. Gavin Newsom's visit to the North Bay on Wednesday, he continued to show his frustration with Pacific Gas and Electric. But Rep. Ro Khanna says the state isn't doing enough on the situation and is calling for public ownership of the utility.

FREMONT, Calif. - U.S. Rep. Ro Khanna, D-Fremont is urging California to seize public ownership of Pacific Gas & Electric amid at least a dozen wildfires burning up and down the state of California.

"This situation has been devastating for many people across California. Many are without power and homes have been destroyed by these fires," Khanna said in a statement from his office in Washington, D.C.

"PG&E has been a disaster. When you have a state that has Apple, Google, and Tesla in it, there's no excuse for not getting power to our people," he said. "I'm calling on Gov. Newsom to support turning PG&E into a customer-owned utility. We need to have more municipal public utilities providing energy."

He called for state and federal investment into "smart micro grids with distributed power generation" and more federal resources to deal with the state's ongoing wildfires in Northern and Southern California.

"California needs to be bold and take over PG&E," Khanna said.

Khanna told KTVU, Gov. Newsom isn't going far enough. "Instead of going, trying to get private investors, we have a budget surplus in the state. We should make the call that the state is going to take PG&E over. If he doesn't want to use the budget surplus, he can use bonds," Khanna said over the phone.

Khanna said cities should administer the power and the state should handle it for those that cannot. He added the utility would be making investments and prioritizing public safety and California residents' well being as opposed to "worrying about their shareholders."

When asked about the idea of breaking up PG&E, the state's largest utility, the company CEO and president said on Tuesday that the idea wouldn't fix the problems facing the power grid moving forward.

As of Wednesday night, the Kincade Fire in Sonoma County had burned 76,825 acres and was 45% contained, according to Cal Fire.