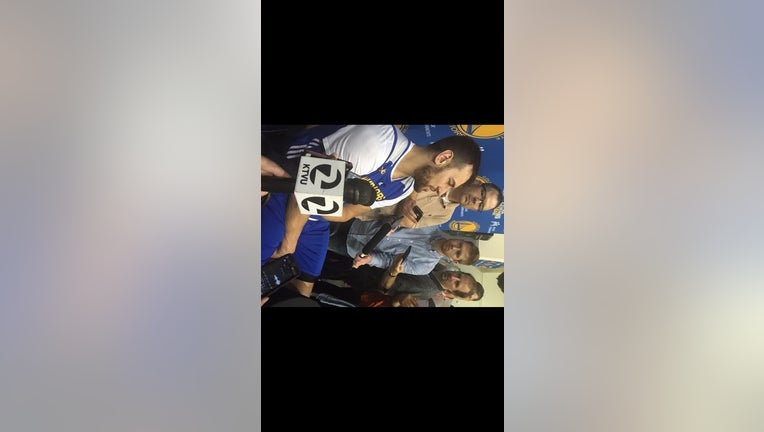 OAKLAND, Calif. - There are reports the Warriors and Mavericks have agreed to a trade that would send Andrew Bogut to Dallas.

The same reporter is saying Harrison Barnes and the Mavericks have come to a four-year, $94 million deal.

This news comes the same day Kevin Durant announced he is joining All-Stars Stephen Curry and Klay Thompson with the Golden State Warriors.

Durant made the decision public on The Players' Tribune Monday morning. He can't officially sign until July 7.

His decision has been the most highly anticipated move of the summer. The 2014 MVP and four-time scoring champion led the Oklahoma City Thunder to the NBA Finals in 2012, and to the Western Conference finals in four of the past six years -- and he's only 27. He recovered from a broken bone in his right foot that cost him much of last season to post one of the best years of his career.