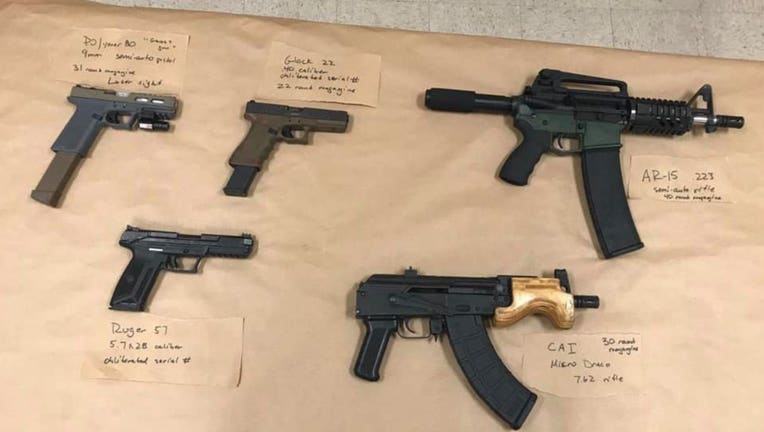 A Richmond officer spotted stolen license plates on the car, but the driver fled an attempted stop and crashed into another vehicle at the intersection of Marina Way and Barrett Avenue, police said.

The three people in the car then fled onto the Union Pacific train tracks, but were all located during a search by officers.

Officers found five loaded firearms - two rifles and two pistols -- in the car, police said, noting that the rifles were an AK-47 and AR-15 with high-capacity magazines.

"All three suspects were either on parole or had outstanding warrants for their arrests," police said.