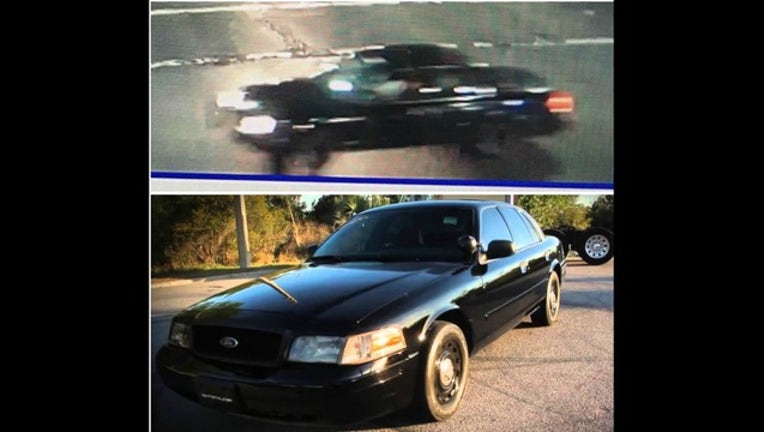 RICHMOND, Calif. (BCN) - A man is in the hospital in "grave" condition after a hit-and-run early this morning, Richmond police reported.

Police responded to 23rd Street and Downer Avenue to reports of a hit-and-run at 12:40 a.m. to find a bicyclist lying in the road suffering from a severe leg injury.

Police said the man was riding his bike when a car hit him, fled the scene and left him on the street. The man was taken to the hospital and is still in grave condition, police said on Saturday afternoon.

Witnesses told police the car was a dark, four-door, early 2000's Ford Crown Victoria. Police said the vehicle might be a former police or security vehicle because it has police-style spotlights on it.

Police said the vehicle might also have aftermarket rims, meaning its original rims have been replaced or customized.

The suspect's vehicle may have damage to its headlight and possibly be missing one police-style spotlight, according to police.

The vehicle was last seen fleeing north on 23rd Street, according to police, and a male suspect may have been driving two other male passengers.

Police obtained a photo of the vehicle from a surveillance camera near the scene of the collision, but said the image is grainy. Anyone who has information about the vehicle or the driver is asked to contact Richmond police traffic investigator Donald Patchin at (510) 965-4903 or dpatchin@richmondpd.net.