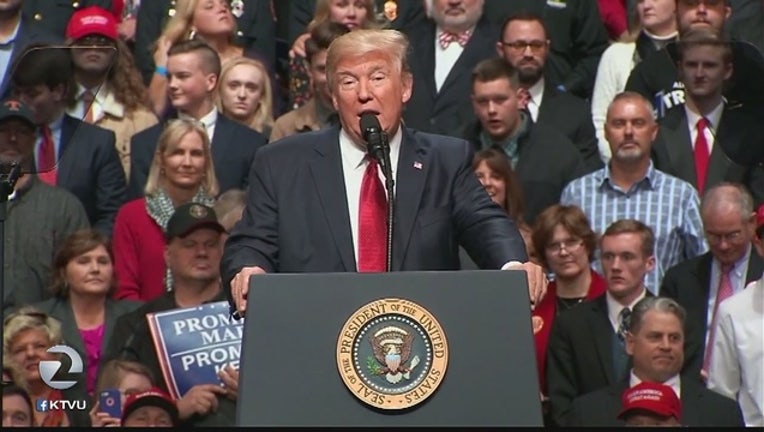 SAN FRANCISCO (BCN) The city of Richmond has become the fourth Northern California local government to decide to sue President Donald Trump in a bid to block an executive order that would deny federal funds to sanctuary cities and counties. The president's Jan. 25 executive order would withhold federal funding from local governments that the Trump Administration deems to be "sanctuary jurisdictions" that shield undocumented immigrants from deportation by federal authorities.

Richmond filed its lawsuit in federal court in San Francisco on Tuesday, alleging that the order is both unconstitutional and illegal.

The suit claims the order violates the constitutional doctrine of separation of powers by intruding on Congress's spending power, and also violates the rights of due process and freedom from unreasonable search and
seizure.

Joseph Cotchett, a Burlingame lawyer representing Richmond, said today, "This is the most outrageous use of an unconstitutional order that I've ever seen."

The lawsuit claims the executive order interferes with a policy enacted by the Richmond City Council in 1990, which provides that in order to increase public safety and trust, Richmond police will not cooperate with
federal immigration officials without approval of the city manager or police chief.

"This has to do with safe streets and public trust," Cotchett said.

The city of San Francisco and Santa Clara County have previously filed similar lawsuits, and the Salinas City Council decided earlier this month to do likewise.

The San Francisco and Santa Clara County lawsuits have been assigned to the same judge, U.S. District Judge William Orrick of San Francisco, for purposes of judicial efficiency.

Cotchett said he expects the Richmond lawsuit to be assigned to Orrick as well.

He said Richmond will seek to be "speaking for all cities in California that will be subject to the crazy executive order."

Orrick is scheduled to hold hearings on April 5 and 12 on requests by Santa Clara County and San Francisco for preliminary injunctions against the order.

In a court filing responding to Santa Clara County's motion, the U.S. Department of Justice argued that Trump's executive order doesn't change any U.S. laws and "does nothing more than direct enforcement of pre-existing
duties under federal law."