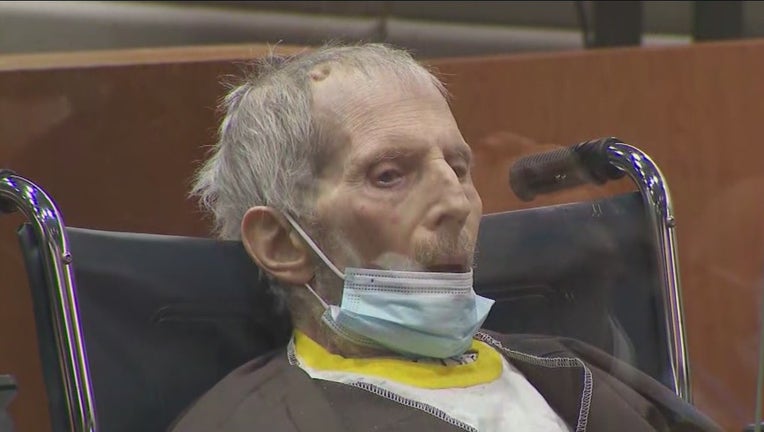 LOS ANGELES - The attorney for Robert Durst confirmed Saturday that the convicted killer has tested positive for COVID-19 and is currently on a ventilator fighting for his life.

On Thursday, the New York real estate heir was sentenced to life in prison without the possibility of parole for the murder of his longtime friend, Susan Berman, two decades ago.

The 78-year-old was convicted last month in Los Angeles Superior Court of shooting Susan Berman point-blank in the back of the head in her Los Angeles home just before Christmas 2000.

The bitterly fought murder trial of Robert Durst stretched over the better part of two years.

The trial began in March 2020 and was adjourned for 14 months as the coronavirus pandemic swept the U.S. and courts were closed. It resumed in May with the jury that reached its verdict Sept. 17.

New York real estate heir Robert Durst was sentenced Thursday to life in prison without the possibility of parole for a killing a longtime friend in her Benedict Canyon home just over two decades ago.

Berman, the daughter of a Las Vegas mobster, was Durst’s longtime confidante who was preparing to tell police she provided a phony alibi for him after his wife vanished in New York in 1982.

But following his conviction in Berman’s death, which relied on evidence that he killed his wife, a New York prosecutor is prepared now to seek charges against him in her death, a person familiar with the matter told The Associated Press on condition of anonymity.

Durst testified in the LA case, denying he killed his wife or Berman, but he said he’d lie if he had done so.