As 2020 comes to a close, I want to share with you a personal story.

It's not an easy story for me to tell, but one I hope will let others know they are not alone during this pandemic.

For more than 20 years, my husband Matt Keller worked as a news reporter and anchor for local television stations, including KTVU.

For as long as I've known him, he has regularly worked out. I've often wished I had his discipline and dedication to fitness and nutrition. He's done everything from CrossFit to running daily.

In early March, Matt knew something was off physically.

"I got out of bed and I coughed. And it was a weird cough," he said. "A cough I had never had before."

The answer eventually came after doctors examined him at Good Samaritan Hospital in San Jose.

First, he was diagnosed with double pneumonia.

Then, he tested positive for the coronavirus.

That may not seem like a surprising discovery now, but way back in March, little was known about COVID-19.

"I asked the infectious disease doctor 'So what should I expect?' Matt recalled. "He said, 'I don't know. I've only been treating this for a week.’"

Matt was one of the first 50 confirmed coronavirus cases in Santa Clara County, a region hit hard early in the pandemic.

In what he describes as the hardest physical fight of his life, Matt was hospitalized for nine days. Doctors had warned him that he might be in their care for far longer.

"They said, 'We're going to put you under' and I said, 'How long?' They said, 'It could be weeks. It could be months. It depends on how your body does.' "

Preparing For The Worst

His condition was so precarious that he wrote goodbye letters to our daughters and me from his hospital bed when his oxygen levels dropped. Doctors suggested putting him on a ventilator.

"Realizing I could be unconscious and basically on life support for weeks or months, that's when I wrote the emails to the girls and to you," Matt said. "That was probably the hardest point."

What happened next is something he said he’ll never forget.

The infectious disease specialist, Dr. Sumit Majumder came into Matt’s room wearing a mask and protective gear. When he heard there was talk of putting Matt on a ventilator, his eyes widened, and he said "No."

"'He's young and healthy so we should try not to intubate him if possible," said Majumder.

After nine days in a hospital bed, Matt returned home.

His body was weak. It took several months, but thankfully he recovered. 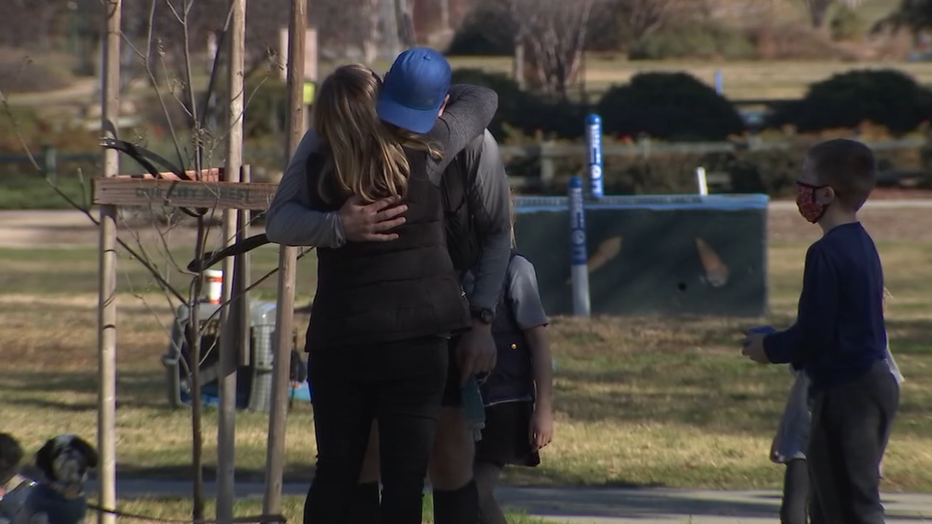 In December, we reunited with the infectious disease doctor who helped him in his fight.

Majumder pointed out there are more treatment options now than in March including steroids and antiviral drugs.

But he also notes he's now caring for three times as many patients.

We know our family is one of the fortunate ones.

"It wasn't easy. It did not bounce back," said Matt about his body. "I had to remember I was flat on my back for eight weeks."

Striving Toward A New Goal

While still recovering, my husband read an article about possible long-term effects on COVID-19 patients and it stirred a deep anger in him.

He had a long way to go to reach that new goal.

The farthest he had ever run was eight miles.

His marathon mission began when he simply had enough strength to go for a walk in our backyard.

His doctor suggested he start by walking while wearing an oximeter, a device which measured his oxygen levels.

"I'd walk, then I'd jog...just to see what it did to my oxygen levels. Then the next day I'd do a little more and a little more," said Matt.

After months of slowly increasing his activity and with his doctors' clearance, he eventually started training for a marathon.

"It was painful," Matt said. After one training run of about 9 miles, he came home and dropped everything. "I don’t know if I can do this," he said.

To be completely honest, I was not a big fan of his quest. I worried about my husband pushing his body after he had been so depleted and with so many unknowns.

What The Doctors Say

The condition is probably not as prevalent as initially reported, but out of caution they do extensive cardiac training on the Stanford athletes before allowing them to return to competition, Fredericson said.

"That's another thing that's unusual about this virus is that you may start to feel great and you start to get back to things. And then it hits you with another wave and you're set back again," said Fredericson. "So it's a slow process. But I think as your husband has demonstrated, you can get back. It just takes some time."

And time it took.

A few months for recovery and six months of training, along with multiple check-ins with his doctors along the way.

Matt was determined to reach his goal in 2020, but the shutdown interfered with this plan. He’d registered for a marathon, but it was canceled. Instead, he embarked on a one-man race.

Nine months after he was isolated in a hospital bed, my husband, a COVID-19 survivor who at one point got winded just taking a shower, ran 26.2 miles. 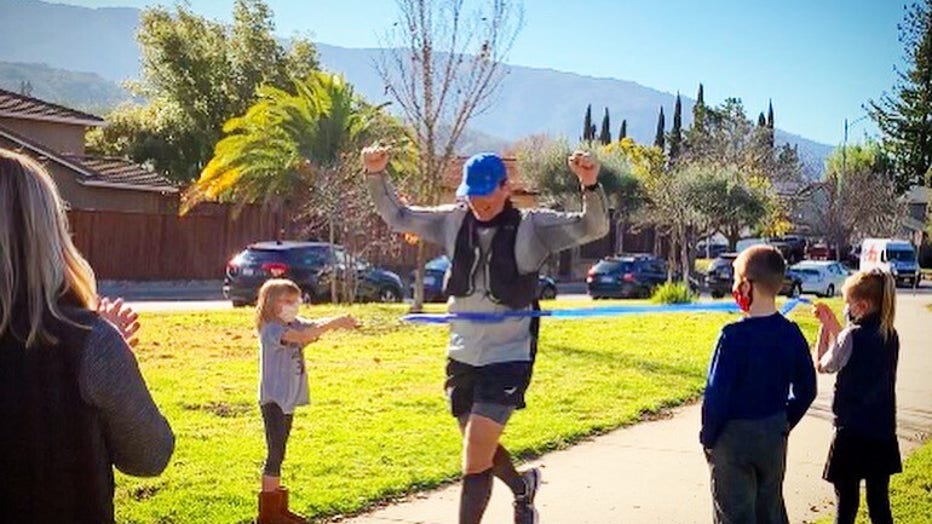 Matt Keller, the husband of KTVU's Maureen Naylor, completed his first marathon months after being infected with COVID-19. (KTVU FOX 2)

He was greeted at a local park by our daughters holding a blue party streamer marking the finish line and a relieved wife who gave him a hug.

"You know I got COVID, was in the hospital, dealt with loss...but at the end I did something I've never done before. Something that in all honesty, back in March and April, I didn't think would ever be possible," said Matt.

To give back, he also raised more than $7,900 for St. Jude Children's Research Hospital.

For us, it has been a glimmer of hope in what has been an otherwise tough year, and one we will take with us as we move into 2021.