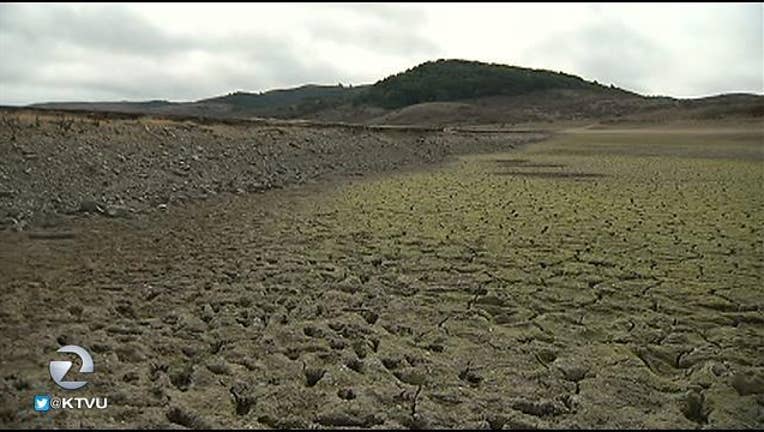 We may nervously laugh at Carson's California weather humor, but the reality is another rainy season is coming to a close with but most totals falling well short of season averages. If it wasn't for a few wet weeks in December, the season would have been a disaster.

This year, San Francisco experienced their first January since records began in 1849 where no rain fell. That was followed by the warmest February on record with the average temperature was nearly four degrees about the norm.

In fact, San Francisco has seen 13 straight months of normal to above normal temperatures as the Sierra face another year of declining rainfall and lackluster snow. The US Drought Monitor shows the region is under severe to exceptionally dry conditions.

"It's already the fourth year of the drought and we don't know when it's going to end," said Peter Gleick, President of the Pacific Institute. "And we do know there is past history of very long periods of dry records of low precipitation."

Most droughts last a few years but nature shows us that mega droughts lasting 50 to 100 years have hit California before. We know this by looking at tree rings. Redwood trees and bristlecone pines, which grow in the Bay Area, have captured the history of drought for decades.

UC Berkeley Paleoclimatologist and author of "The West Without Water", Professor B. Lynn Ingram explained it this way.

Paleoclimatologists can also look at soil sediment samples from the bay to understand the past. They show high amounts of salt water during the dry years and more fresh water during a wet year. California hasn't been this dry in nearly five hundred years.

One thing that could end a mega drought would be a super storm. They occur in California about every two hundred years or so. The last one was in 1861-1862. One hundred and two inches of rain fell in the Central Valley, putting Sacramento under water for months.

Many scientists believe we are long overdue for a super storm to drench us again. But until then, we are in for a long dry wait.

The storms which did bring us rain back in December were warm and did little for the Sierra snowpack. In fact, most of the snow melt is already gone. The water content was at its lowest late-March level since records began in 1950 at just six percent.

There's no telling how long our current drought could last. The tree rings show that our region has been through much worse for much longer. But with the demands that mankind is putting on our water resources now, it could mean we're accelerating the natural cycle of mega droughts.

We can't rely on Mother Nature to replenish the supply of water anytime soon. The choices we make now could determine whether the past is likely to repeat itself.

Let's hope we win this fight.