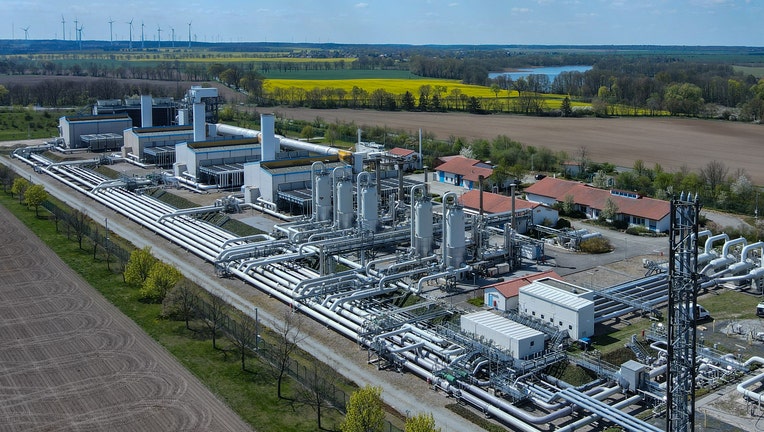 POKROVSK, Ukraine - Russia dramatically escalated its standoff with the West over the war in Ukraine on Wednesday, cutting natural gas off to NATO members Poland and Bulgaria and threatening to disconnect even more nations. European leaders decried the move as "blackmail."

A day after the United States and other Western allies vowed to speed more and better military supplies to Ukraine, the Kremlin upped the ante, using its most essential export as leverage. The tactic could eventually force targeted nations to ration gas and deal another blow to economies suffering from rising prices. It could also deprive Russia of badly needed income to fund its war effort.

Benchmark gas prices in Europe shot up on the news that Poland and Bulgaria were cut off, marking another dark turn in a war that has revived the geopolitical rifts of the Cold War.

In a memo, state-controlled Russian giant Gazprom said it was shutting off the countries because they refused to pay in Russian rubles, as President Vladimir Putin had demanded. The company said it had not received any such payment since the beginning of the month, though Bulgaria's energy minister disputed that.

Fatih Birol, the executive director of the Paris-based International Energy Agency, said the cutoff was a "weaponization of energy supplies," while EU Commission President Ursula von der Leyen called it "yet another attempt by Russia to use gas as an instrument of blackmail."

Bulgarian Prime Minister Kiril Petkov also called the suspension blackmail. "We will not succumb to such a racket," he added.

Natural gas prices in Europe shot up 25% before the market opened Wednesday and then eased off but remained significantly higher.

Drone footage released by a military arm of the pro-Russian, Luhansk People’s Republic (LPR) on April 25, 2022, shows the destruction of a village in the Popasna region of Ukraine's Luhansk Oblast. Credit: LPR People's Militia via Storyful

The gas cuts do not immediately put the countries into dire trouble since they have worked on getting alternative sources for several years now and the continent is heading into summer, making gas less essential for households.

Yet the move and Kremlin warnings that more nations could be cut off sent shivers of worry through the 27-nation European Union, which immediately convened a special coordination group to limit the impact.

Russia also more directly targeted support for Ukraine, claiming Wednesday that missiles hit a batch of weapons that the U.S. and European nations had delivered to the embattled country. 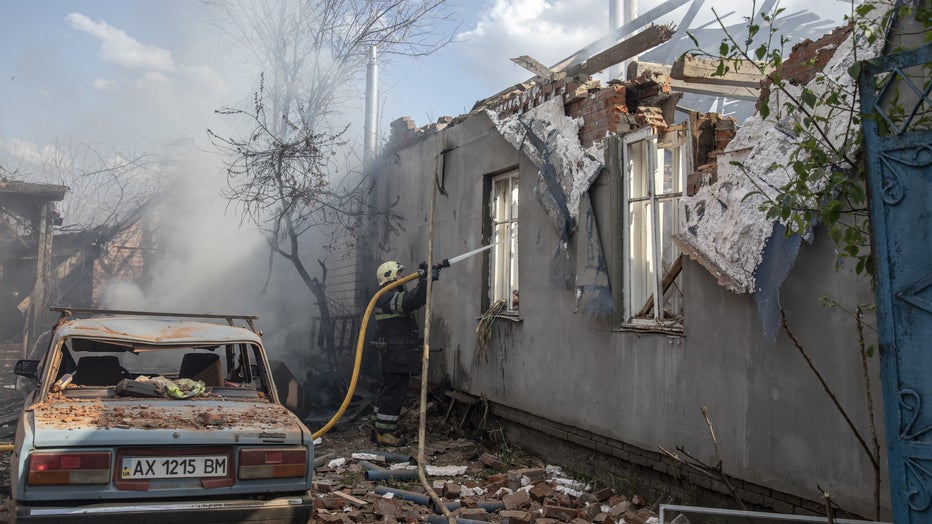 With the help of Western arms, Ukrainian forces have been unexpectedly successful at bogging Russia's forces down, and they thwarted their attempt to take Kyiv. Moscow now says its focus is the capture of the Donbas, the mostly Russian-speaking industrial region in eastern Ukraine. The U.S. pressed its allies Tuesday to move "heaven and earth" to ensure Kyiv remains well-supplied with the weapons necessary for that battle.

The West has also sought to isolate Russia economically, by imposing punishing sanctions — but European countries have struggled to reduce their dependence on Russian energy. Wednesday's cuts and threats marked a major economic counteroffensive by Moscow.

Europe is not without its own leverage since, at current prices, it is paying some $400 million a day to Russia for gas — money Putin would lose in case of a complete cutoff. Russia can, in theory, sell oil elsewhere — to India and China for instance — because oil primarily moves by ship. But the gas pipeline network from the huge deposits in the Yamal Peninsula in northwestern Siberia to Europe does not connect with the pipelines running to China. And Russia has only limited facilities to export super chilled liquefied gas by ship.

Hence, even a partial stoppage marked a "historical turning point in the bilateral energy relationship" between Russia and Europe, said Simone Tagliapietra, senior fellow at the Bruegel think tank in Brussels.

Russia's goal, Tagliapietra said, is to "divide and rule" — hoping to pit European countries against one another as they gasp for energy.

The war, now in its third month, has had wide-ranging impacts on ordinary Europeans, from the shock of seeing atrocities once again committed on European soil to the millions of Ukrainians seeking refuge to the difficulties of rising energy costs and shortages for ordinary staples like cooking oil.

Yet there is a common resolve to help Ukraine with sometimes everyday steps. In Germany, known for its fine cars and Autobahn roads without speed limits, the influential auto club ADAC is calling on its 21 million members to help reduce the country’s oil imports from Russia by driving less and taking their foot off the gas.

RELATED: 'Uniting for Ukraine': Biden streamlines process to welcome refugees to US

Some nations, like Germany, are also fundamentally reassessing security policies and are now readily helping Ukraine to defend itself with more and heavier military equipment.

Poland, a historical rival of Russia, has been a major gateway for the delivery of weapons to Ukraine and confirmed this week that it is sending the country tanks. The country gets around 45% of its gas from Russia but said it was well-prepared for Wednesday’s cutoff.

Bulgaria gets over 90% of its gas from Russia, and officials said they were working to find other sources, such as from Azerbaijan. 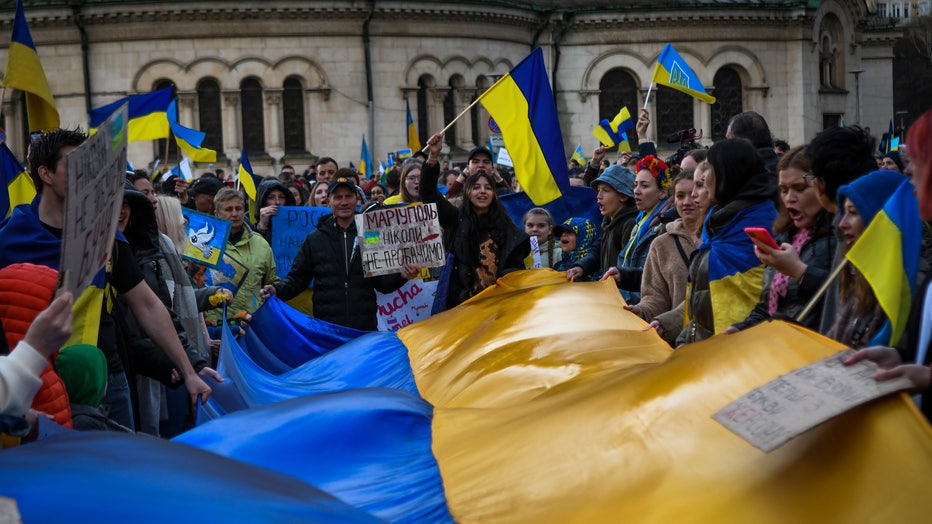 Thousands of people marched in Bulgarian capital during a protest against Russia's invasion of Ukraine in Sofia, Bulgaria on 07 April, 2022 (Photo by Georgi Paleykov/NurPhoto via Getty Images)

Both countries had refused Russia’s demands that they pay in rubles, as have almost all of Russia’s gas customers in Europe.

This week, there were more fears the war could spill over Ukraine’s borders. On Tuesday, explosions rocked the separatist region of Trans-Dniester in neighboring Moldova, knocking out two powerful radio antennas. No one claimed responsibility for the blasts — the second in as many days — but Ukraine all but blamed Russia.

Just across the border in Russia, an ammunition depot in the Belgorod region was burning early Wednesday after several explosions were heard, the governor, Vyacheslav Gladkov, said on the messaging app Telegram.

On Tuesday, the U.S. defense chief urged Ukraine’s allies to "move at the speed of war" to get more and heavier weapons to Kyiv as Russian forces rained fire on eastern and southern Ukraine.