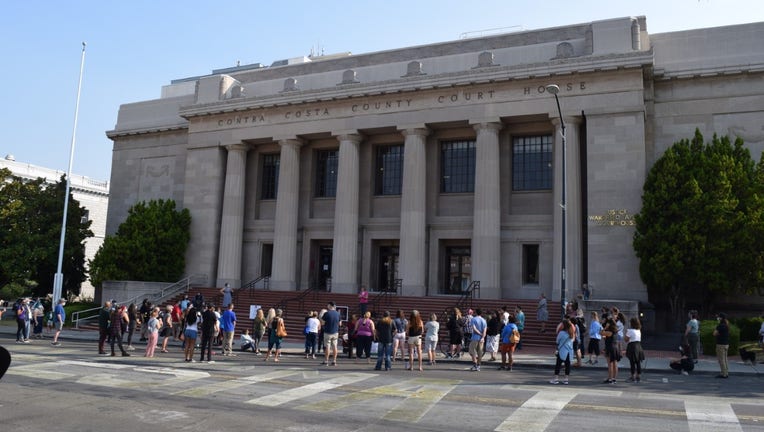 MARTINEZ, Calif. - As adults with their Ruth Bader Ginsburg masks and T shirts milled about beneath the steps of the Wakefield Taylor Courthouse in downtown Martinez, 12-year-old Jenna Oriol was writing in chalk on the courthouse steps, along with other kids.

Then, about 20 minutes later, she put down the chalk, walked up the steps and picked up a piece of the mantle.

"This is both a sad day and (also) the day we come to the realization of how much Ruth Bader Ginsburg has meant to all of us," said Oriol, the youngest of a half-dozen speakers at a hastily convened tribute to the longtime Supreme Court associate justice who died Thursday after serving for 27 years on the nation's highest court. 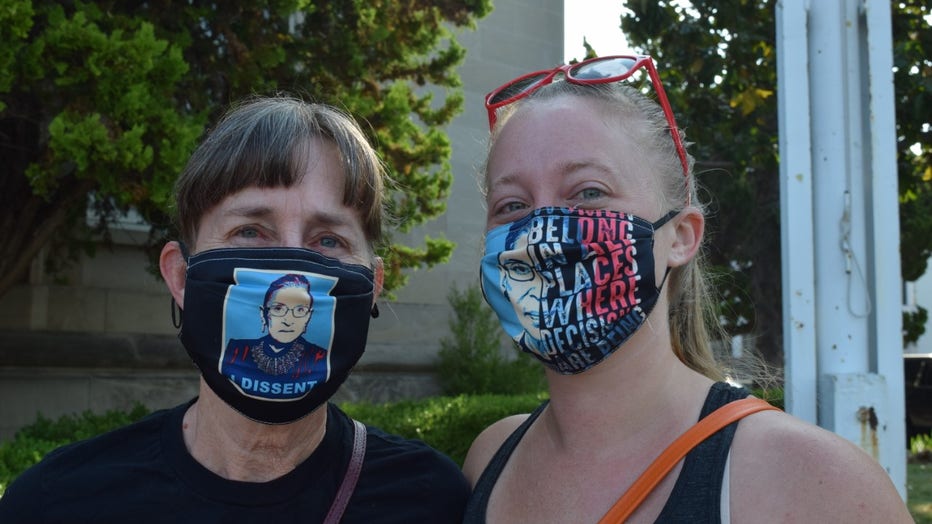 Janessa Oriol, Jenna's mom, said RBG, as the justice was popularly known, has had a profound influence on all the women in their household. "Jenna aspires to be an attorney, and RBG is much of the inspiration," Janessa Oriol said.

About 100 people came out to the 40-minute tribute event in Martinez, and most of those who spoke said Ginsburg was a true American hero, revering her for what she accomplished for the rights of women (and others) during her time on the high court.

One case mentioned by several who attended Sunday's tribute in Martinez happened 22 years before Ginsburg was appointed to the Supreme Court in 1993. In 1971, Ginsburg - as an attorney with the American Civil Liberties Union - argued in front of the Supreme Court in the landmark case Reed v. Reed, in which SCOTUS unanimously ruled that administrators of estates cannot be named in a way that discriminates between men and women. 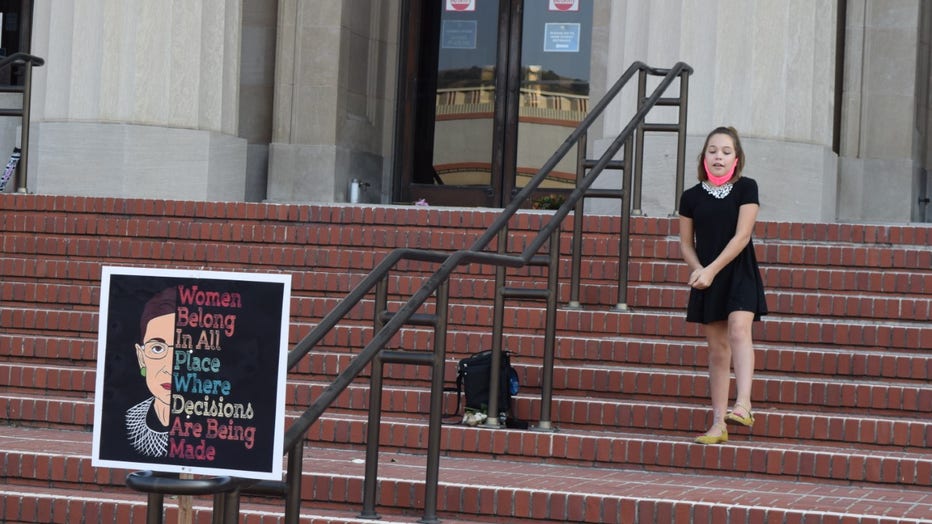 "She made it possible for me to get a credit card in my own name," said Ruth Bumala of Martinez. "She spoke out for gender equality, she defended women's rights, and she defended separation of church and state, and those are all things that are important to me."

Also cited by several attendees Sunday morning was the 1996 case United States v. Virginia, in which Ginsburg was one of seven justices to vote to strike down the  Virginia Military Institute's longstanding males-only admission policy.

The Bay area had already played host to a few other events in tribute to Ginsburg after her death, including a candlelight vigil in San Francisco Friday night that drew hundreds, Licia Parsons Waita of Martinez got Sunday's event going with a posting on a local Facebook page, and word spread. She was thrilled with the turnout.

"I can't tell you how proud I am to see this civic engagement with young people," Parsons Waita told the assemblage Sunday. "The 'Notorious RBG' has become their beacon of hope."

Several in attendance Sunday said the sadness of Ginsburg's death must be used as motivation to make sure the social gains Ginsburg worked for aren't compromised, by whomever replaces her on the Supreme Court or by anyone else.

For AnaMarie Avila Farias, a former Martinez City Council member, that motivation means, first and foremost, working to get out the vote in the Nov. 3 election.

"The best way to honor her is to keep fighting for that," Farias said. "We have to turn our mourning into action for her."