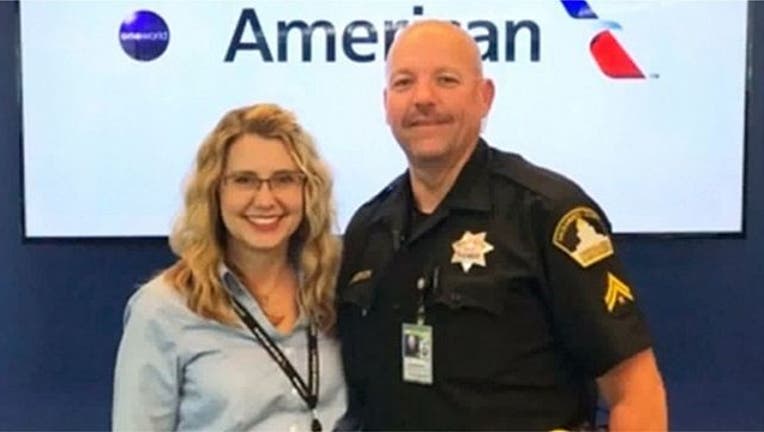 SACRAMENTO (FOX 40) - An airport deputy and an airlines agent are being celebrated for potentially saving two Sacramento-area girls from human trafficking.

When people think of trafficking, they often think of malls and public places -- but oftentimes, sex trafficking begins with predators on social media, convincing young girls to meet in person.

In this most recent case, traffickers convinced two young girls through Instagram to get on a flight to New York -- where they likely would've been trafficked, had it not been for the actions of American Airlines agent, Denice Miracle.

On Aug. 31, two girls, ages 15 and 17,  approached the American Airlines counter with reservations for a flight to New York -- reservations made on a fraudulent credit card.

The girls had no identification and no return flight home -- things that left Miracle uneasy.

"She just felt uneasy about the whole situation," said Sanderson.

Rather than turning the girls away, Miracle alerted Sanderson, who later found them near the terminal.

"They had told us they were talking to somebody on Instagram who was asking them to come back and take pictures, modeling pictures, and music videos," said Sanderson.

That was a red flag for Sanderson -- who said his training helped him identify the hallmarks of sex trafficking.

"That's typically the ruse that's being used to get minors and others involved to do that," said Sanderson.

That ruse may have continued, had Miracle not stepped in.

Sanderson said the girls didn't believe him at first -- that they were being tricked into trafficking.

They were shaken when it sunk in, but had Miracle let them leave the airport, they wouldn't have gotten the message,

American Airlines wouldn't allow Miracle to speak to FOX40 today on camera -- but the airline sent a statement detailing the act of kindness.