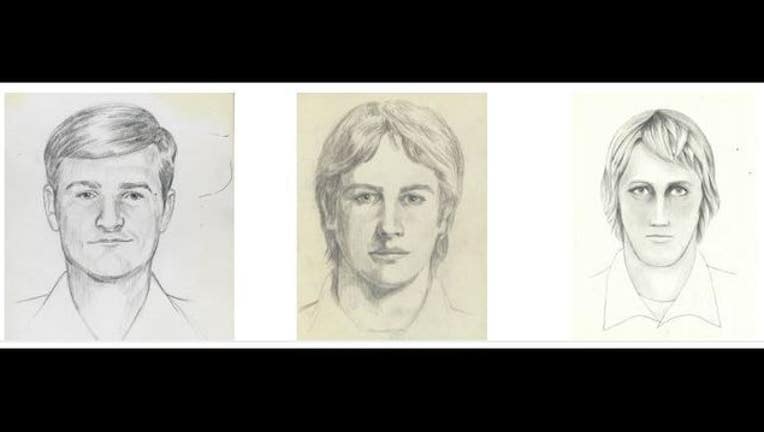 SACRAMENTO, Calif. - A Sacramento woman recalls her encounter with the East Area Rapist and serial murderer who terrorized California in the 1970s and early 80's.

I woke up with a hand over my mouth. And I rolled out of bed, I just swung my arm. I said, "What are you doing?” He was going down the hall, and he was just hitting me. And then I just pretended that he knocked me out so he quit hitting me, and then I had a sock stuffed in my mouth, blindfolded, gagged, hands tied, legs tied, and then, you know, pulled me up like this, because I was on my stomach, and put me back in bed and said if you move, I'm going to kill you.

So, you know, I lay there for two hours. And he came in, I don't know, I think five different times or something like that over the course of the night and raped me.

And while you're laying there thinking you're going to die, you just are pretty sure that, you know -- I mean, I remember just kind of being in shock. I'm just laying there on my stomach shivering, because I had a fever. And you know how you get the chills and you shake and -- and so, you know, finally after -- I mean, our best guess is two hours. It went on a long time. At about 4:30 in the morning, I had heard a car drive away.

And I started counting to 60, because I didn't have any concept of time, so I counted to 60 30 times, and I figured then a half-hour would've gone by with no noise in the house, and I got up and didn't know if he was there.

I used to say, and I'm sure that, you know, who knows. I remember saying, when it was still going on, if they ever catch this guy, they should lay him on the floor and let everybody that he raped get to do whatever they want to him. You know, I just thought that's what we should get to do.

And then that thought kind of went away, but I thought, you know, we should get to do what we want. You know, we had to go through this.

I don't think that I would need to hurt him. You know, if he was caught, I don't need to get any revenge, I don't need anything like that. I'd just like there to be closure, but I have to say, you know, there hasn't -- it's felt pretty closed to me for a long time.

I'm always aware of anybody coming up behind me. And it's not a fear. I don't have a fear with that, I'm just aware. I'll look over my shoulder all the time. And, you know, it's just the way -- I'm sure that came out of it, but that's my… I guess, you know, my rationalization that I can do all these things because I'm super aware of what's going on.

I have to do a lot of self-talk when my husband's away for the weekend. I have to tell myself that there's somebody next door that's a single woman that stays home every night by herself, and she hasn't been attacked. I mean, I have to do this all -- every time he goes away. And he doesn't go away very much. Maybe at the most once a year. But I don't just peacefully go to sleep every night.