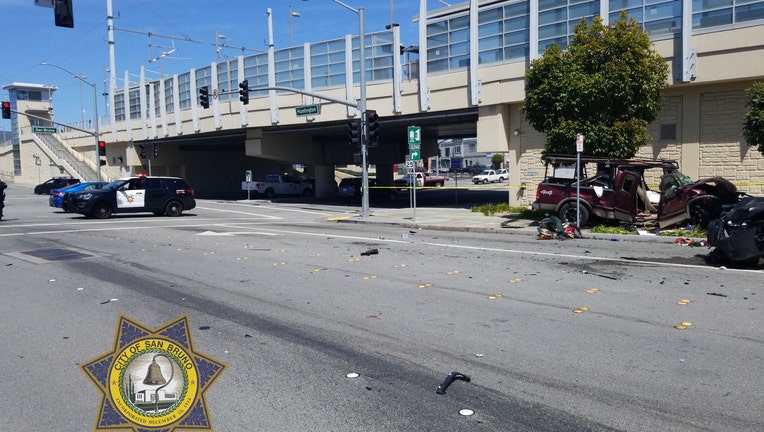 Officers identified the stolen vehicle at 12:15 p.m. and attempted a traffic stop, but the truck sped away. Officers began a pursuit southbound on Huntington Avenue but terminated it shortly thereafter, when the truck struck the first of several vehicles.

When the stolen truck became immovable, police say the suspect fled on foot and they arrested him a short time later with the assistance of citizens.

The suspect, the suspect's passenger and a driver of one of the vehicles involved in one of the hit and run collisions were transported to a local hospital with a range of injuries from complaints of pain to serious injuries.

Police arrested the suspect - whose name they did not release - on suspicion of numerous crimes, including possession of a stolen vehicle, evading officers and causing serious bodily injury, hit and run collision and resisting officers.