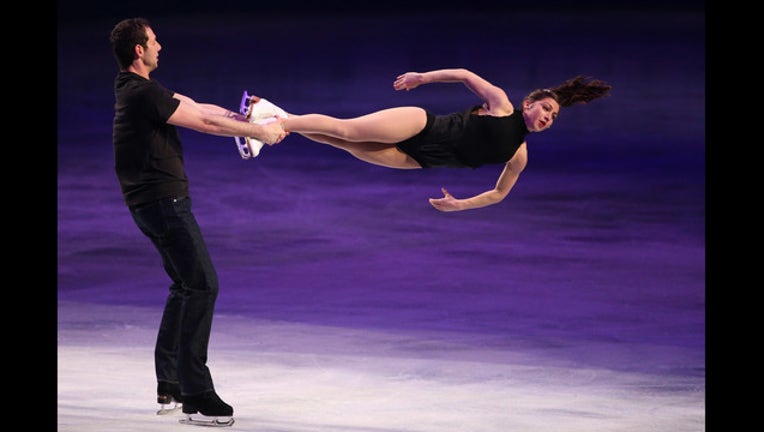 Marissa Castelli and Simon Shnapir of USA perform their routine in the exhibition during ISU World Figure Skating Championships at Saitama Super Arena on March 30, 2014 in Saitama, Japan. (Photo by Atsushi Tomura/Getty Images)

SAN FRANCISCO (AP) -- A U.S. Olympic figure skater had two pricey costumes and her skates stolen from a rental SUV when while visiting San Francisco.

The San Francisco Chronicle reported Tuesday that Marissa Castelli was competing in the U.S. Figure Skating Championships in nearby San Jose last week.

She and her parents visited San Francisco's Japantown neighborhood for lunch Monday before returning home to Rhode Island. A burglar broke into the SUV and stole several pieces of luggage that included two skating costumes worth at least $1,000 each and her figure skates.

Castelli competed in the 2014 winter Olympics in Sochi, Russia and is the 2017 U.S. national silver medalist.

San Francisco is plagued by auto burglaries, with a record of more than 30,000 reported last year, a 24 percent increase over 2016.
------
Information from: San Francisco Chronicle, http://www.sfgate.com