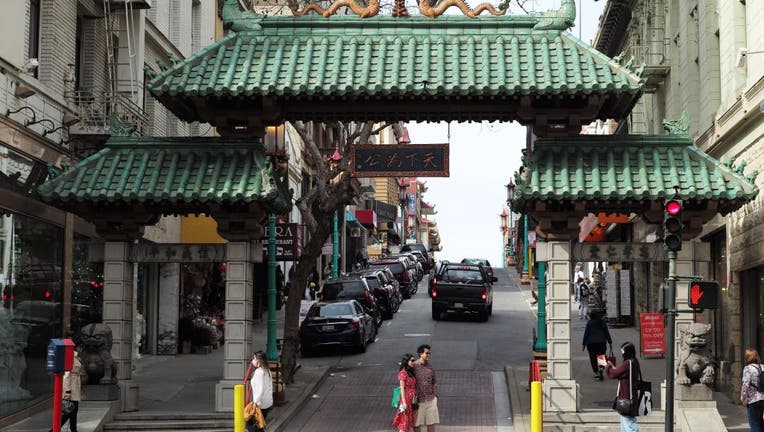 SAN FRANCISCO, March 24, 2021 -- Tourists visit the China Town of San Francisco, in California, the United States, March 24, 2021. San Francisco Mayor London Breed on Tuesday announced that the city will resume most businesses and activities that are

SAN FRANCISCO, Calif. - Twenty-two workers at a restaurant in San Francisco's Chinatown will receive a $1.6 million settlement after the California Labor Commissioner's Office reached an agreement with the restaurant's owners over wage theft allegations, labor commissioner officials said on Tuesday.

The settlement stems from a 2019 investigation by the Labor Commissioner's Office into potential violations at Z and Y Restaurant, located at 655 Jackson St.

The 22 workers -- which included servers and kitchen staff -- alleged that the restaurant paid servers hourly and kitchen staff a fixed salary, both of which were below minimum wage and didn't include overtime. Additionally, the workers alleged the restaurant owners illegally withheld tips left for servers and failed to pay split shift premiums for servers scheduled to work lunch and dinner shifts back-to-back.

Although the Labor Commissioner's Office issued citations of more than $1.4 million in 2020, the restaurant's owners appealed the citations. Since then, however, a settlement has been reached.

Under the settlement, workers will receive settlement payments averaging about $73,000, based on the number of hours worked during the audit period and the tips that were taken by the restaurant's owners.

"California law prohibits employers from taking tips left by customers for servers," Labor Commissioner Lilia Garcia-Brower said in a statement. "Under this settlement, the employer will pay workers back all of those stolen tips totaling over $400,000."

During the investigation, the Labor Commissioner's Office worked with the community groups Chinese Progressive Association and Asian Americans Advancing Justice -- Asian Law Caucus, which represented some of the workers.

"Restaurant workers deserve workplaces that follow the law and pay a fair wage -- that was true during the pandemic as they risked COVID-19 infection to help feed their communities, and it is true now as we pursue an inclusive and equitable recovery," Chinese Progressive Association Executive Director Shaw San Liu said.

"As we reopen and rebuild the restaurant industry, we need to do better than a pre-pandemic status quo that was rife with wage theft and other workplace abuses. Our new normal must fully embrace workers' rights, including fair pay, true health and safety compliance, and meaningful anti-retaliation enforcement," said Asian Law Caucus senior counsel Winifred Kao.

In addition to the $1.6 million settlement, five restaurant workers will receive a second settlement of $70,000 for retaliation they said they experienced after coming forward.

Employee Jayden Zhou said, "My coworkers and I often chose to grit our teeth and stay quiet, until we couldn't tolerate it anymore, and we came together to fight for what we were owed. Putting your head down and silently suffering is not a solution to wage theft. By coming together and standing up bravely, we won our rights. I hope this case sends a clear message to employers that they must follow the law."