"If District Attorney Jenkins truly wants to address the issues facing our city, she should not be relying on outdated and politically expedient soundbites about harsher enforcement," said Public Defender Mano Raju. He said evidence from 50 years of the war on drugs show punitive practices have not prevented recidivism nor improved public safety.

Raju was specifically taking aim at Jenkins' new policies toward drug dealers. She said she would no longer be referring anyone arrested with more than five grams of illicit substances to the city's drug court. And she will consider adding charging enhancements for drug dealing within 1,000 feet of a school and will now potentially seek pre-trial detention of fentanyl dealers in extreme cases.

Taking a swing at recalled DA Chesa Boudin, Jenkins said the previous administration’s policy had no weight limit threshold, was not adhering to community court justice guidelines, and allowed drug dealers, arrested with as much as 500 grams of fentanyl, to be referred to the drug court.

Jenkins also announced that she has revoked more than 30 open plea offers under Boudin, including an "egregious case" involving one defendant who had six open cases – all for dealing fentanyl in the Tenderloin.

Without naming the person, Jenkins said he was arrested with more than 100 grams of the deadly drug and was referred to drug court more than five times despite failing to complete any of the mandated requirements.

Jenkins said he also violated the terms of a stay away order from the Tenderloin area when he was arrested on each subsequent new case. She noted that this particular person was offered a single misdemeanor plea to settle all six cases.

She said she is now charging this person with a felony and will add jail time as part of any offer. 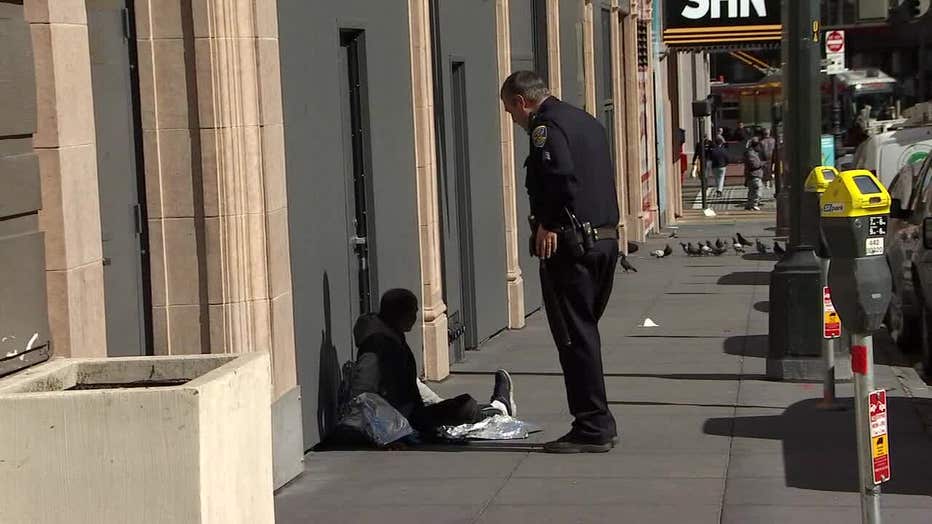 A San Francisco police officer talks to someone in the Tenderloin.

"Since 2020, nearly 1,500 people have died of drug overdose in part because dealers have been allowed to operate with impunity," Jenkins said. "The lethality of fentanyl presents a different challenge, and we must immediately change course, so we can save lives and hold people accountable for the havoc they are wreaking in our communities like the Tenderloin and South of Market. Going forward, defendants holding lethal doses of fentanyl will face felony charges."

The Tenderloin has often been criticized and characterized as an ‘open-drug’ market, where dealers reign free to sell their wares at all hours of the day.

San Francisco Supervisor Matt Dorsey who, was appointed by the mayor, represents the South of Market area. He said he welcomes the change in policy to address the drug crisis in the city.

"This is a public health crisis that we have to address and public safety is a part of it and prosecutions are a part of it," said Dorsey. "I think for too much and for too long we have taken a permissive approach to drug dealing and open-air drug scenes."

Randy Shaw from the Tenderloin Housing Clinic said he's encouraged to hear about the changes and is already seeing a change on some of the city's most impacted neighborhoods.

"Obviously what she's doing is essential and we've finally got a DA that's committed, but I have to say that the police have to make more arrests," said Shaw. "The police have to break up the drug scenes and the DA has been very supportive of that and just five minutes ago, I saw more police walking up Hyde Street than I've seen in two years."

But not everyone is happy about the new approach.

The San Francisco Public Defender's Office fired back to say that the new DA's policies are regressive, will exacerbate the public health crisis of substance abuse, and will fuel mass incarcerations of impoverished people as well as disproportionately affect BIPOC communities.

"Seeking pretrial detention for more people will only intensify the public health crisis in our jails which are in the midst of a record COVID outbreak, and the constitutional crisis in our courts where hundreds of people are waiting for trials past their speedy trial deadline," Raju said. "Judges still must adhere to the California Supreme Court’s Humphrey decision that prevents jailing people simply because they are too poor to post cash bail."

Raju criticized small drug "buy-bust" operations to undercover officers that can lead to people who are addicted to substances being jailed.

"To use an arbitrary amount of drugs to exclude people from participating in Community Justice Court will prevent meaningful intervention and support for people trying to get out of drug sales and overcome substance abuse," he said.

Raju said sentence enhancements do not address the public health crisis of drug addiction and that those enhancements are "never applied in a race-neutral way."

But Jenkins said she used data to come to her decision.

Jenkins' review of drug cases as of July, showed there are approximately 156 open drug sales cases; 57% of which, or 88 in all,  involve the sale of fentanyl.

There are 37 cases involving over 50 grams of fentanyl including 20 with over 100 grams.

Jenkins noted that in some of those cases, people were arrested for having up to 308 grams of fentanyl. They were charged with misdemeanors and all sent to drug court.

San Francisco’s Adult Drug Court was established in 1995 as part of a citywide effort to reduce the impact of drug and alcohol use on the criminal justice system and was primarily intended for drug users rather than drug dealers. 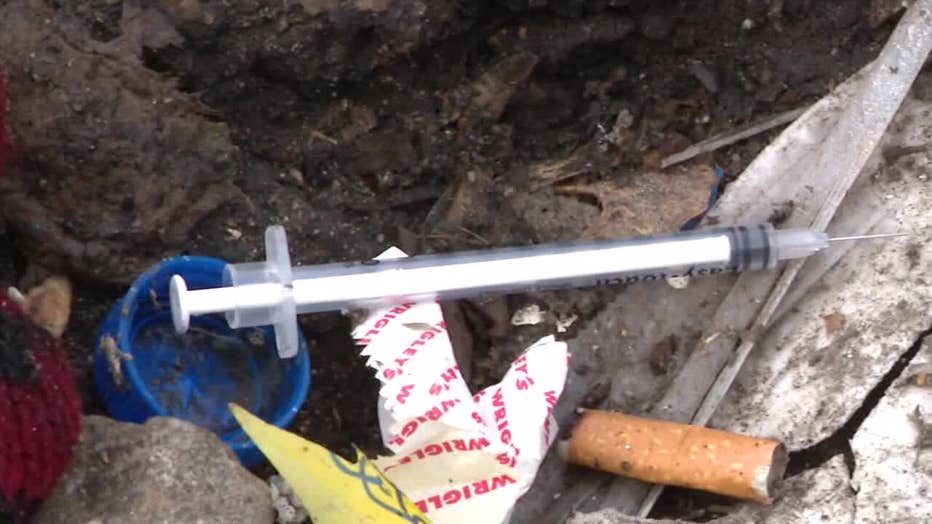 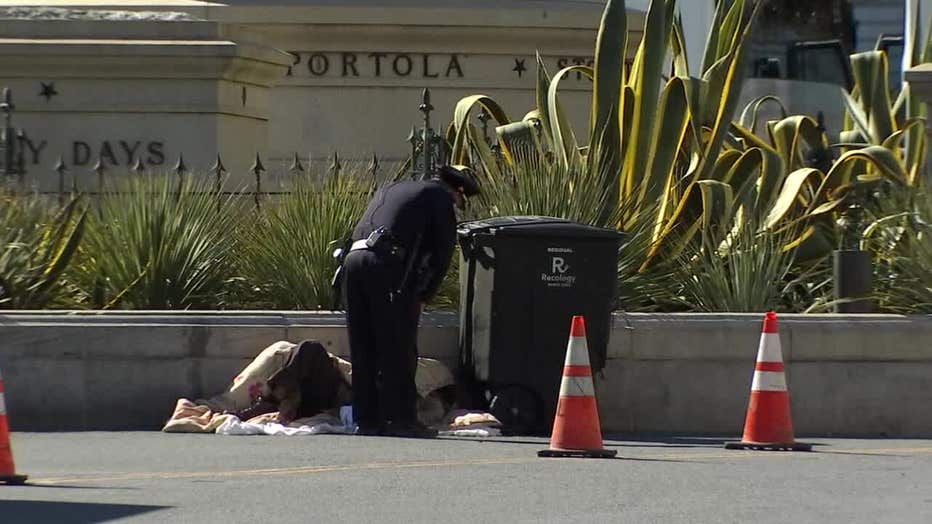 A San Francisco police officer looks in a garbage can.