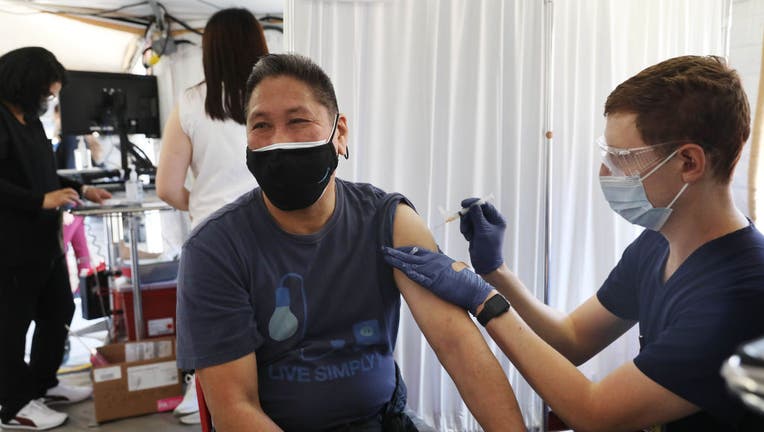 SAN FRANCISCO, Cali - Hundreds of people in San Francisco went home without a COVID19 vaccine Saturday morning after waiting hours for a shot. For many, it's their only form of eligbility, until the state changes the rules.

Two drop in locations, at SF General and the Southeast Health Center, offered shots exclusively to some of the city's least equitable areas. Both sites ran out almost immediately.

"I was super excited," said Alicia Srinivas, who waited in line hoping to get a shot.

"We got here around 8:30," Srinivas said outside of SF General.

Doors to the clinics didn't open until 9 a.m., but at 10:30 a.m. the city's Department of Public Health put out a tweet saying both sites ran out of supply.

"It doesn't appear that they're achieving the equity goals that they've set out with what they have set up now," he said.

Haney suggests opening eligibility up to everyone, since that's what will happen statewide on Thursday. When it comes to reaching the least equitable communities, like Treasure Island, Bay View, or the Tenderloin, Haney says smaller drop in sites need to be sent directly to those communities.

"We're gonna have to get to those folks if we want to get to herd immunity."

Many of the people sent home disappointed Saturday morning cannot sign up for a vaccine appointment through the MyTurn page. That's because the site will deem anyone younger than 50, with no health conditions, or a non-essential worker not eligible. Meanwhile, the site did allow those living in other counties to sign up for appointments at Moscone Center, located in San Francisco.

DPH is reopening the two drop in sites Sunday morning for the same group of people, though they expect demand to be equally as high. Both sites are open from 9 a.m. to 3 p.m.