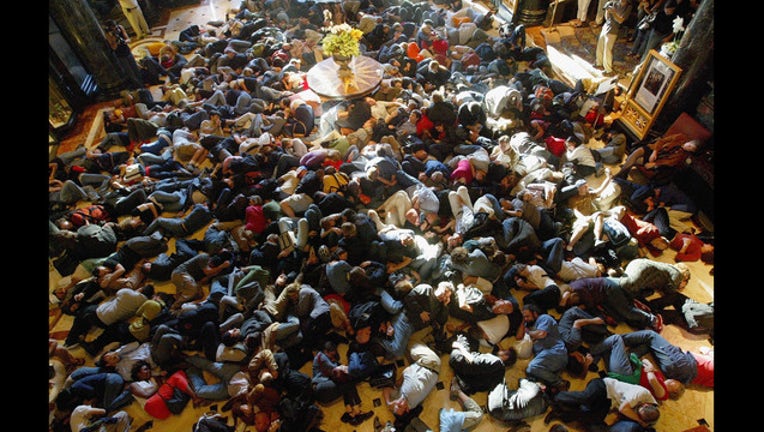 Hundreds of people pretend to sleep as they participate in a "flash mob" in the lobby of the Westin St. Francis Hotel August 20, 2003 in San Francisco, California. (Photo by Justin Sullivan/Getty Images)

SAN FRANCISCO, Calif. (BCN) - San Francisco educators are hosting a flash mob today in honor of Working People's Day of Action and celebrating the contributions of educators and workers around the world.

The event will run from noon to 1 p.m. at Harry Bridges Plaza on The Embarcadero, in the median directly in front of the Ferry Building.

The event will include a press conference as well as music and dance. Educators will hold signs in the shape of apples listing their contributions in San Francisco classrooms.

"San Francisco educators are 100 percent devoted to the health and safety of our students and communities," said Lita Blanc, president of the United Educators of San Francisco.

"Working People's Day of Action is a time for educators to  prepare to protect and promote quality public education," Blanc said.