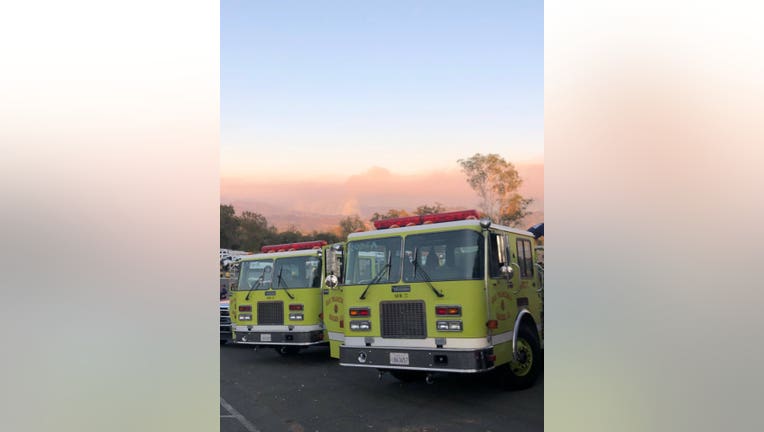 SAN FRANCISCO - San Francisco Fire Department is doing their part to help fight the massive Kincade Fire in Sonoma County. Mayor London Breed confirms eight fire engines, a strike team leader and 34 fire personnel are all battling the wind-whipped blaze, which stood at 66,231 acres Monday. The fire is only 5% contained, down from 10% earlier in the day.

The mayor said two additional engines were deployed Monday from the original six sent on Friday. Additional staff was sent as well. SF Fire is among the 444 engines assinged to the fire. Cal Fire says the total number of personnel working the fire is 4,150.

"This is what SF firefighters dealt with last night. You can hear the howling winds. To all our own firefighters and to every firefighter deployed to the Kincade Fire THANK YOU and please be safe out there," they wrote on Monday.

Over the weekend, the mayor announced St. Mary's Cathedral would open a temporary shelter, able to house 200 Kincade Fire evacuees. Officials were looking into providing other resources.