SAN FRANCISCO - A San Francisco firefighter died Wednesday morning after falling from an elevated position during a training exercise.

Baxter said around 10 a.m. Cortez was injured around during a drill at the Division of Training at 19th and Folsom Streets. He was transported to San Francisco General Hospital where he died from his injuries.

A moving tribute was held on Wednesday for a San Francisco firefighter who was killed in a training accident.

"This is a very trying time as Jason was very liked in our department," the fire lieutenant said. Adding, "He's a friend to all. He's an advocate for public safety."

Cortez began his career as a paramedic at Station 49 in 2007. He later attended the fire academy and graduated as a firefighter-paramedic assigned to Station 3 in San Francisco's Tenderloin, one of the busiest fire stations in the country. 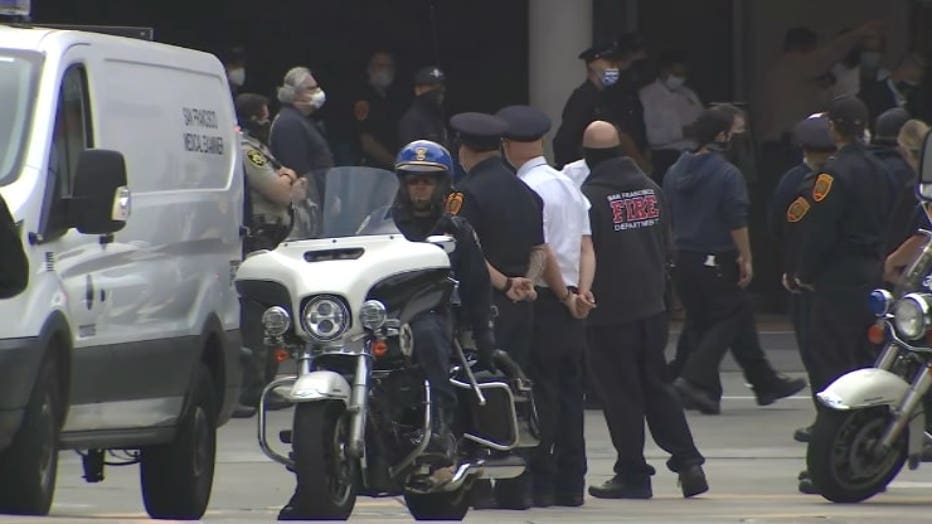 Cortez was the son of a retired San Francisco firefighter. He leaves behind a wife and two children.

"Always a straight-up guy, hardworking, and kind," Nicholson said. "If I could clone him, I would. He was just a wonderful human being."

Fire officials would not provide specific details about the accident, but said there will be an investigation.

A procession was held for Cortez at San Francisco General Hospital Wednesday afternoon with ambulances, fire trucks and other vehicles heading to the city medical examiner's office.