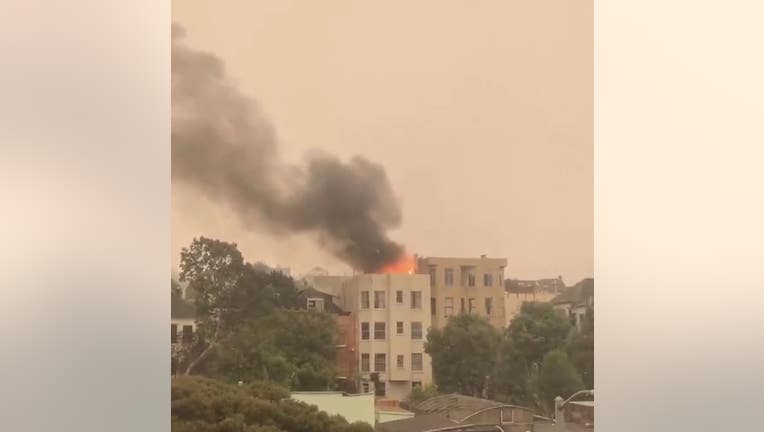 SAN FRANCISCO - San Francisco firefighters have contained a rooftop fire at a
multi-unit residential building in the 1400 block of Waller Street in the Haight-Ashbury neighborhood on Wednesday evening.

The fire was reported around 5 p.m. and video showed flames coming from the roof of the building.

SF Fire Department said four adults and a cat were displaced. However, there were no injuries involved in the fire. The Red Cross has been called to provide services. The fire is under investigation.