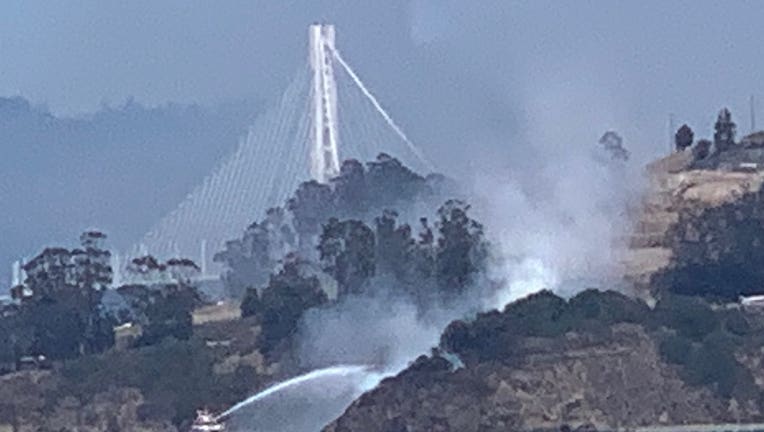 The fire was first reported about 3:20 p.m. Saturday, and the California Highway Patrol closed the off-ramp from eastbound Interstate Highway 80 on Yerba Buena Island about 10 minutes later.

The fire was contained by about 4:30 p.m. Saturday. No one was injured, and no structures were damaged. The @SFFFLocal798 San Francisco Fire Department's Fireboat No. 3 was used in fighting the fire.