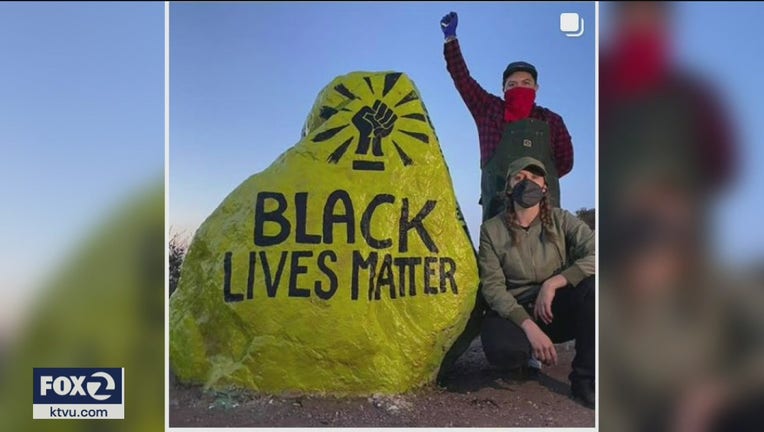 SAN FRANCISCO - We reported this week that Bernal Heights landmark, Bernal Rock has been painted over multiple times in the span of a week since it has sported a Black Lives Matter mural. Now the city of San Francisco admits they've painted over it too.

On Tuesday, San Francisco Public Works' acting director Alaric Degrafinried sent out an apology for the city's graffiti abatement crew, which painted over the mural Tuesday morning after someone reported the mural to 311.

"This was an extremely unfortunate mistake that never should have happened," the Public Works apology statement read. "San Francisco Public Works stands in solidarity with the Black Lives Matter movement, and we join people across our country and world in grief and anger at our local and national systems that perpetrate violence against Black people and people of color."

The acting director of Public Works said they have reached out to the artist to offer a personal apology, assured her that they would not paint over the mural again and have even offered the artist paint.

On Monday, KTVU spoke with the artist behind the mural, Kseniya Makarova, who said neighbors in the Bernal neighborhood talked to a woman who was seen at least once painting over her mural.

She called the experience "upsetting" because it's another clear example of how pervasive and rampant racism is everywhere in this country.