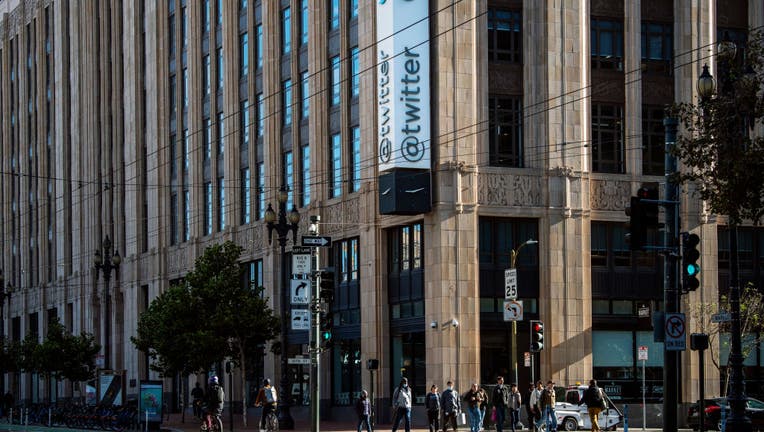 Outside the Twitter HQ building at 1355 Market Street. Shortly after firing a large number of employees following Elon Musks purchase of the company, word is Twitter is looking to hire some of them back, realizing they wont be able to maintain curren

The social media giant laid off nearly half of its staff starting in early October and now has reportedly turned empty office space into bedrooms. San Francisco officials confirmed there is an investigation underway.

According to a report by Forbes, Elon Musk, the owner of Twitter, set up dystopian-like bedrooms inside the company's downtown San Francisco Headquarters.

After finding out about the city's investigation, Musk fumed at San Francisco Mayor, London Breed.

Musk tweeted a link to a story about a baby in San Francisco allegedly over dosing on fentanyl at a city pack and called out Breed, asking where her priorities are.

"So city of SF attacks companies providing beds for tired employees instead of making sure kids are safe from fentanyl. Where are your priorities @LondonBreed!?" Musk wrote.

The bedrooms under investigation are reportedly decorated with neon orange carpet, curtains, bed side tables and large teleconference monitors.

A Twitter employee who spoke with Forbes said no announcement or context about the bedrooms was given to employees.

The in-office bedrooms are a reminder of Musk's support of "hardcore employees," an idea which some have criticized for lack of work-life balance.

Over the years, Musk has bragged about sleeping at Tesla's factory and pulling all-nighters at Twitter.

San Francisco's Department of Building Inspection confirmed to KTVU on Tuesday that they are investigating a complaint that several Twitter offices were converted into motel rooms for workers contrary to code.

"We are reaching out to building representatives so we can conduct a site inspection as part of our investigation. If we find suite 900 no longer meets the building code, we’ll issue a notice of violation...we expect to initiate our investigation within 72 hours," Patrick Hannan, communications director for SF DBI, said in a statement.

DBI said they investigate all complaints to make sure buildings are used as intended and that codes are in place for safety reasons.

The complaint originates from the city's 311 customer service number.