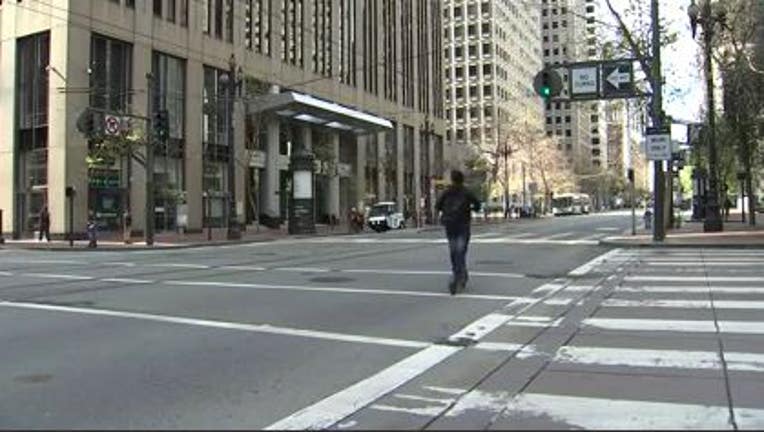 SAN FRANCISCO - San Francisco leaders are launching a new effort to clean up the Mid-Market neighborhood. City leaders say this is part of a broader effort to try to resolve the homelessness, mental health and substance abuse problems.

City leaders say as we emerge from the COVID crisis, the city has to handle the crises that were there before the pandemic; homelessness, mental health and addiction issues, as the city recovers.

By just about any account San Francisco's Mid-Market area is struggling. Something Mayor London Breed says she's witnessed for herself.

"People who are selling drugs, selling and buying products, using drugs daily in broad daylight as families stroll by and walk by that area," said Mayor Breed.

San Francisco leaders are launching a new effort to clean up the Mid-Market neighborhood. City leaders say this is part of a broader effort to try to resolve the homelessness, mental health and substance abuse problems.

Now as San Francisco prepares for a return to normal after the pandemic, city leaders are rolling out The Mid-Market Vibrancy and Safety Plan. A major part of that plan, increases police presence.

"We have to create a model that allows our officers to be present, to stay in place and have the support they need to get people to a better place, like getting help to those people; and a lot of that help comes from outside of the police department," said Chief Bill Scott from San Francisco's Police Department.

The plan calls for working with community organizations with at least one community ambassador from an outreach group on every block of Mid-Market to help those in crisis.

It's just one part of a larger post-COVID strategy the city is launching to combat homelessness and the twin problems of mental illness and substance abuse. "This has to be a coordinated effort. From a policing perspective," said Chief Scott. "You know, we have to do our jobs, we have, among the problems in that area, drug dealing and overdoses, and all these things we have to impact in a positive way."

The Mid-Market Vibrancy and Safety Plan is just one part of a larger effort. The city has launched initiatives to build new affordable housing, and on Monday announced the opening of a new psychiatric respite center in The Mission that can take in up to 30 people at a time, stabilizing those in crisis, and connecting them with services.

"We just opened Hummingbird," said Mayor Breed. "Another site to help transition people who are suffering from mental illness and substance abuse disorder. So, that when the time comes there is a safe place for them to go and get shelter."

As part of that effort to help resolve the homelessness, mental health and addiction crises in the city, the mayor announced the creation of a new street wellness response team last Monday, that team is hitting the streets to provide a non-police response to people in crisis.